Two RIPE researchers from the U.S. Department of Agriculture, Agricultural Research Service (USDA-ARS) and Australia’s Commonwealth Scientific and Industrial Research Organisation (CSIRO) have been elected 2020 Fellows of the American Association for the Advancement of Science (AAAS). This title recognizes influential and important contributions to science, including demonstrating leadership within a given field, teaching and mentoring, and advancing public understanding of science.

USDA-ARS, Research Plant Physiologist Carl Bernacchi and CSIRO Honorary Fellow TJ Higgins are among 489 members across 24 scientific disciplines of the AAAS who have earned the lifetime distinction of AAAS Fellow. In order to be considered for this recognition, members must be nominated by three previously elected Fellows. These nominations then go through a two-step review process in which members of the Council of AAAS vote to place the nominee on the final list of newly elected Fellows. 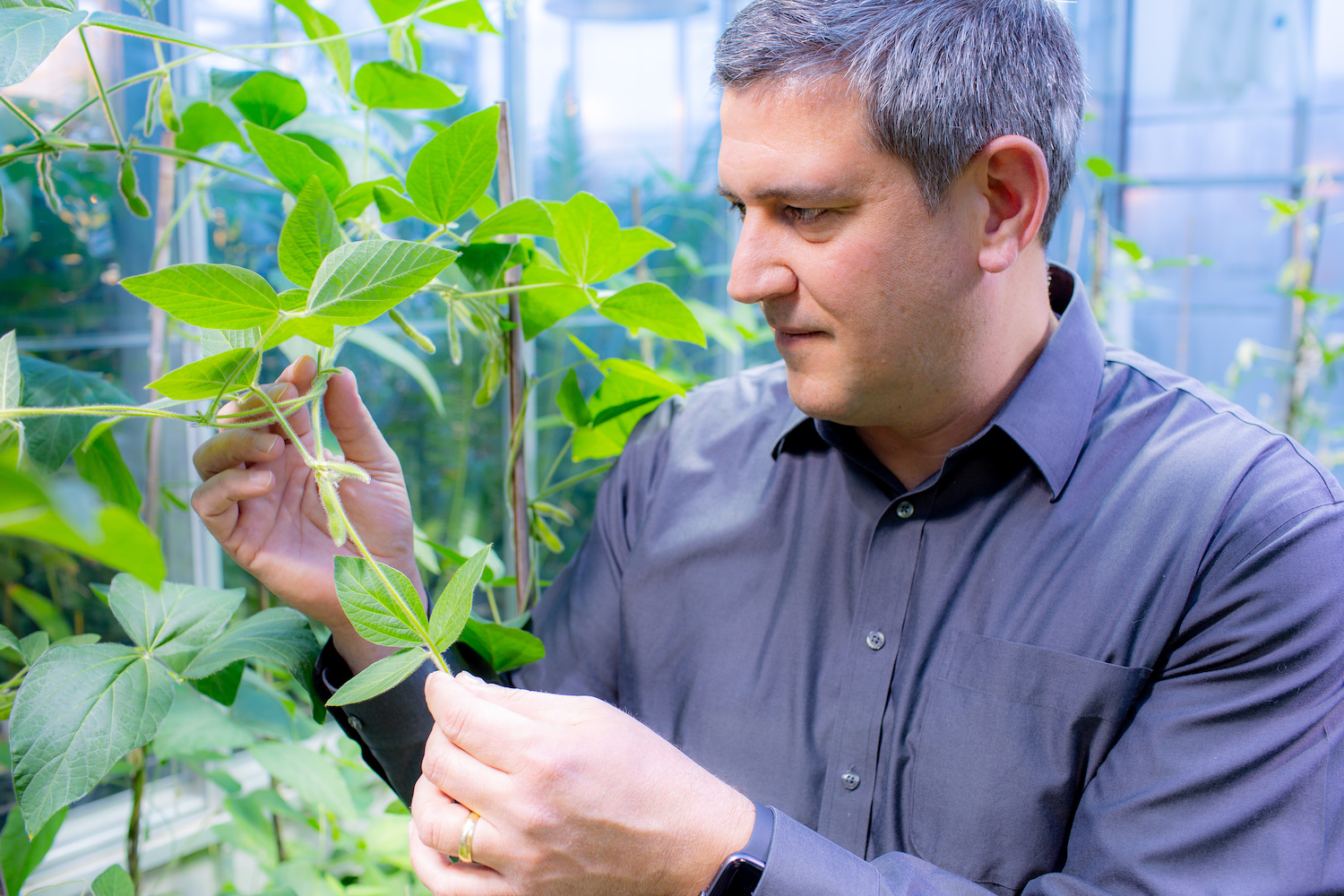 Bernacchi is part of the USDA-ARS’ Global Change and Photosynthesis Research Unit and a professor in plant biology at the University of Illinois. He was elected for his outstanding contributions towards understanding photosynthesis from molecular to global scales. Bernacchi leads a research group at Illinois that aims to understand the impacts of climatic change on Midwest crop species and land-use changes on biogeochemical cycles. Within the RIPE project, Bernacchi is using his research expertise in field techniques to accelerate identification of crops showing the greatest potential for improved productivity. His work is widely published in journals including Plant Cell & Environment, Global Change Biology, and Plant Physiology. He also serves on the editorial board for three journals and led the development of the American Society of Plant Biologists’ Ecological and Environmental Plant Physiology section.

“I appreciate this honor and what it represents,” Bernacchi said. “However, I am even more grateful to work alongside such talented colleagues and students who have helped us pursue our goal of helping farmers on a global scale.” 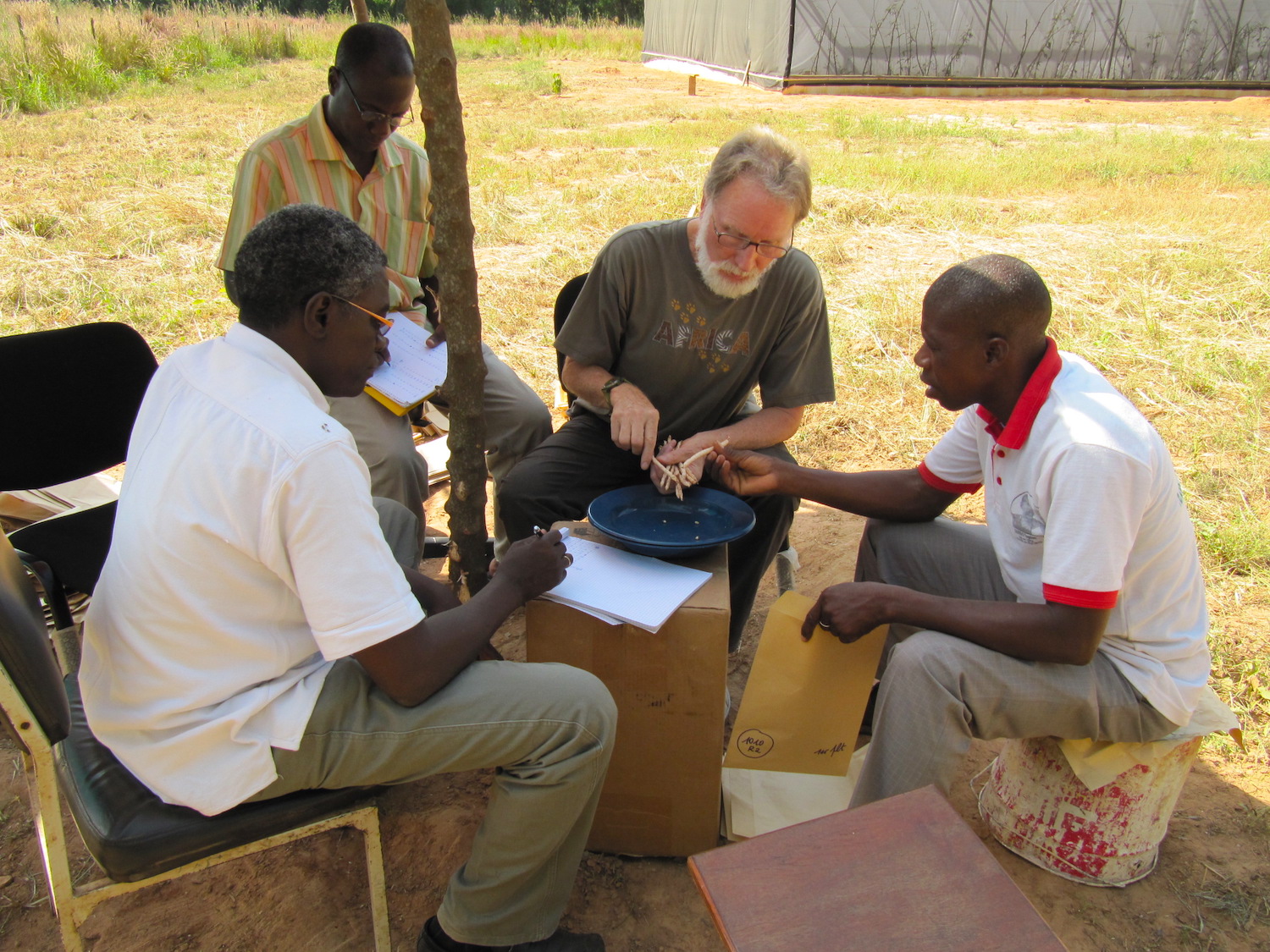 TJ Higgins was elected for his distinguished contributions to the field of molecular plant science, particularly using gene technology to transfer useful traits to grain legumes for food security. Cowpeas, more commonly known as black-eyed peas, are a major source of protein for 200 million people in West Africa. Higgins and his African colleagues worked together to create the first insect-resistant cowpea variety that was approved in Africa in late 2019. He is the recipient of several awards and recognitions, including the Peter Goldacre Award from the Australian Society of Plant Scientists and the Pharmacia-LKB Biotechnology Medal from the Australian Society of Biochemistry and Molecular Biology.

“This is a great honor from my US colleagues and recognises our combined efforts with the African Agricultural Technology Foundation to improve food security among some of the world’s poorest farmers,” Dr. Higgins said in a press release from the CSIRO.

A virtual induction ceremony for the 489 newly elected Fellows will take place on February 13, 2021.