Enzymes with the potential to increase wheat yields

Enzymes with the potential to increase wheat yields 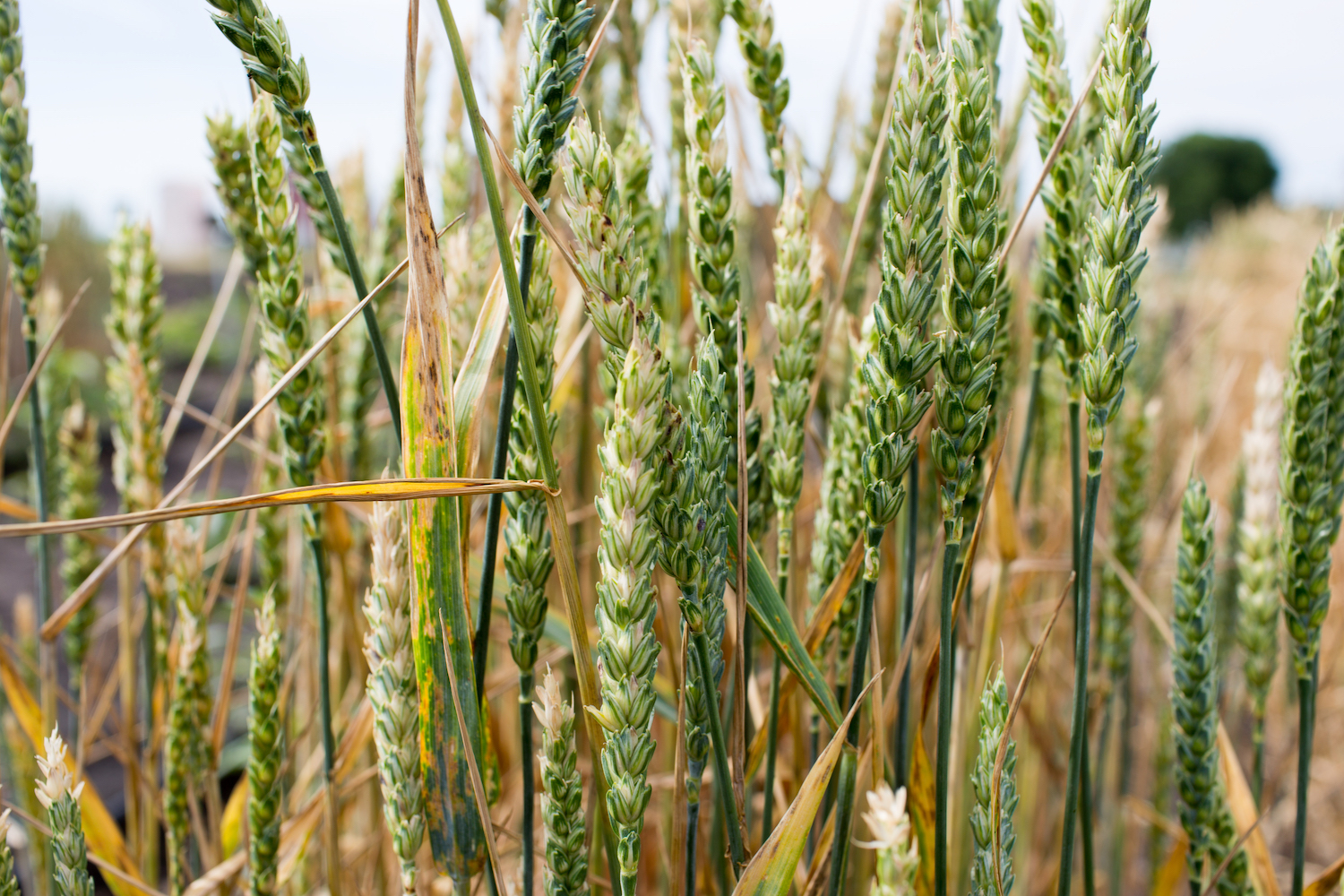 Wheat yields could be significantly increased thanks to varieties with a superior form of a common enzyme, according to new research.

Plant scientists at Lancaster University, Rothamsted Research, and the International Maize and Wheat Improvement Center (CIMMYT) have been investigating a naturally occurring plant enzyme known as Rubisco to explore its ability to boost photosynthesis and increase crop yields.

In a new paper published this month, the team measured photosynthesis in 25 genotypes of wheat—including wild relatives of bread wheat (Triticum aestivum)—and found variation exists even amongst closely related genotypes.

Each type was surveyed to identify superior Rubisco enzymes for improving photosynthesis.

Two of the most efficient were Rubisco from plants known as Aegilops cylindrica (jointed goatgrass) and Hordeum vulgare (barley), which both showed promising Rubisco catalytic properties that should be explored in the context of improving photosynthesis, and ultimately grain yield, in wheat.

Models suggest that incorporating the new enzymes into wheat could increase photosynthesis by up 20% under some field conditions.

Wheat is a crucial source of food, providing more than 20 percent of the calories consumed worldwide. And with projections that the world population will rise to over nine billion by the year 2050, the pressure is on to meet global demand for food.

Professor Martin A. J. Parry of the Lancaster Environment Centre (LEC) said: "Improving the efficiency of photosynthesis--the way crops turn carbon dioxide in our atmosphere into everything we can eat—may seem ambitious but for us it offers the best opportunity for producing the scale of change in crop yield that we need to feed a growing global population in a changing world climate."

Elizabete Carmo-Silva, LEC lecturer in plant sciences for food security, said: "Both jointed grass and barley are regarded as valuable genetic resources for improving wheat disease resistance, our research suggests that they can also be used to improve biomass production."

Research associates Anneke Prins and Doug Orr conducted the experimental work which was jointly funded by CIMMYT (W4031.11 Global Wheat Program) and by Realizing Increased Photosynthetic Efficiency (RIPE), a project funded by the Bill & Melinda Gates Foundation and led by the University of Illinois at the Carl R. Woese Institute for Genomic Biology.

"This is an exciting piece of work showing that Rubisco catalytic properties vary in close relatives of wheat," Orr said. "As part of the RIPE project, we are screening a wide range of species from across the globe, and aim to identify variation that will enable improving photosynthesis and biomass production in rice, cassava and soybean."

The paper "Rubisco catalytic properties of wild and domesticated relatives provide scope for improving wheat photosynthesis" was published in the Journal of Experimental Botany Advance Access and is available online.

Meridian Institute: Enzymes with the Potential to Increase Wheat Yield