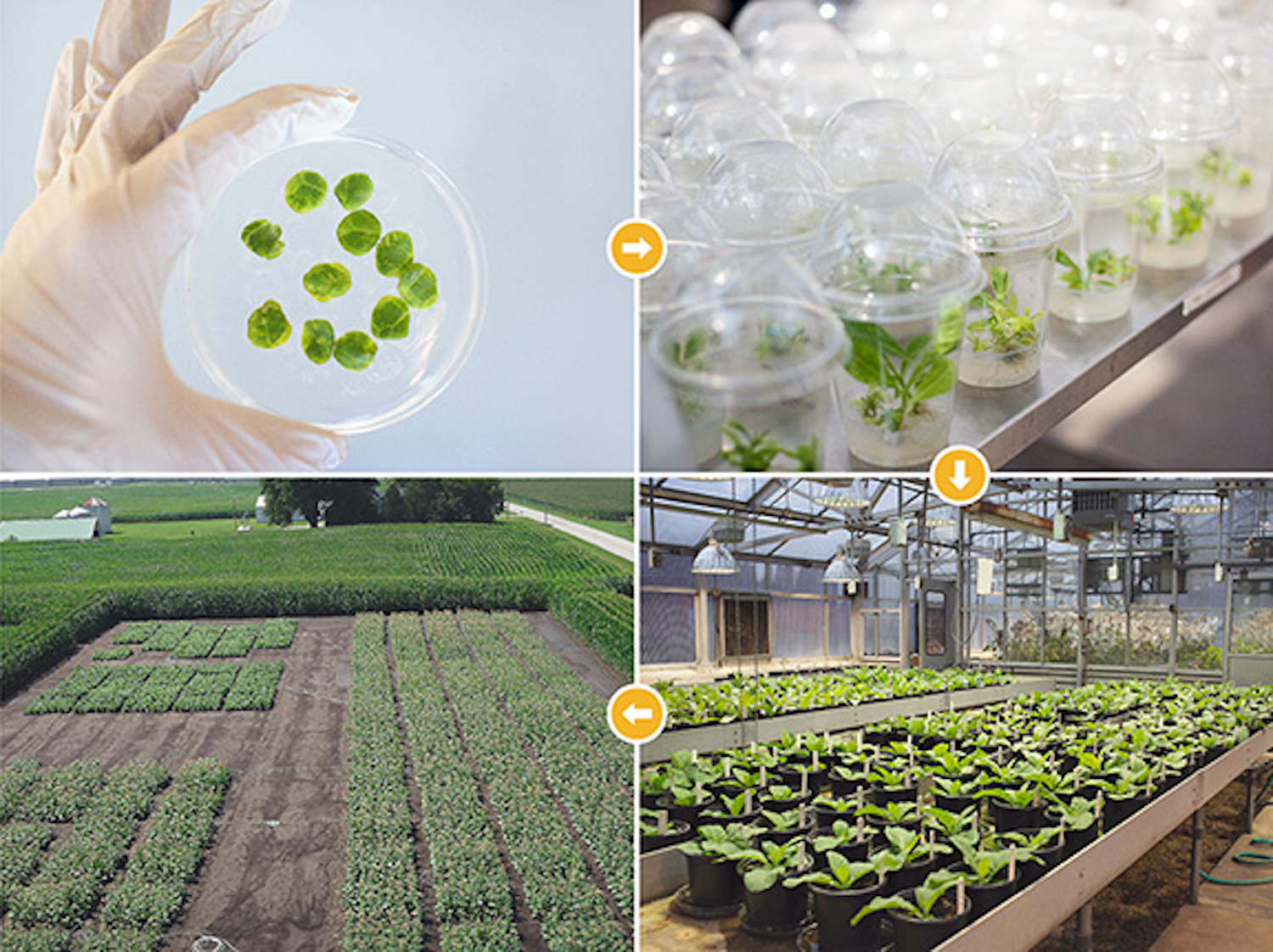 Using high-performance computing and genetic engineering to boost the photosynthetic efficiency of plants offers the best hope of increasing crop yields enough to feed a planet expected to have 9.5 billion people on it by 2050, researchers report in the journal Cell.

There has never been a better time to try this, said University of Illinois plant biology professor Stephen P. Long, who wrote the report with colleagues from Illinois and the CAS-MPG Partner Institute of Computational Biology in Shanghai.

“We now know every step in the processes that drive photosynthesis in C3 crop plants such as soybeans and C4 plants such as maize,” Long said. “We have unprecedented computational resources that allow us to model every stage of photosynthesis and determine where the bottlenecks are, and advances in genetic engineering will help us augment or circumvent those steps that impede efficiency.”

Substantial progress has already been made in the lab and in computer models of photosynthesis, Long said.

“Our lab and others have put a gene from cyanobacteria into crop plants and found that it boosts the photosynthetic rate by 30 percent,” he said.

Photosynthetic microbes offer other clues to improving photosynthesis in plants, the researchers report. For example, some bacteria and algae contain pigments that utilize more of the solar spectrum than plant pigments do. If added to plants, those pigments could bolster the plants’ access to solar energy.

Some scientists are trying to engineer C4 photosynthesis in C3 plants, but this means altering plant anatomy, changing the expression of many genes and inserting new genes from C4 plants, Long said.

“Another, possibly simpler approach is to add to the C3 chloroplast the system used by blue-green algae,” he said. This would increase the activity of Rubisco, an enzyme that catalyzes a vital step of the conversion of atmospheric carbon dioxide into plant biomass. Computer models suggest adding this system would increase photosynthesis as much as 60 percent, Long said.

Computer analyses of the way plant leaves intercept sunlight have revealed other ways to improve photosynthesis. Many plants intercept too much light in their topmost leaves and too little in lower leaves; this probably allows them to out-compete their neighbors, but in a farmer’s field such competition is counterproductive, Long said.

Computer modeling of photosynthesis also shows researchers where the traffic jams occur – the steps that slow the process down and reduce efficiency.

“The computer model predicts that by altering this system by up-regulating some genes and down-regulating others, a 60 percent improvement could be achieved without any additional resource – so 60 percent more carbon could be assimilated for no more nitrogen,” Long said.

“The next step is to create an in silico plant to virtually simulate the amazingly complex interactions among biological scales,” said U. of I. plant biology professor Amy Marshall-Colon, a co-author on the report. “This type of model is essential to fill current gaps in knowledge and better direct our engineering efforts.”

While many scientific, political and regulatory hurdles remain for plants engineered to do a better job of converting the sun’s energy into biomass, the work should be undertaken now, Long said.

“If we have a success today, it won’t appear in farmers’ fields for 15 years at the very earliest,” he said. “We have to be doing today what we may need in 30 years.”

Stephen Long is a professor in the Carl R. Woese Institute for Genomic Biology at Illinois, and also has an appointment in the department of crop sciences. .

Funding for this work was provided by the Bill & Melinda Gates Foundation, the U.S. Department of Agriculture, the National Science Foundation and the Chinese Academy of Sciences.

By: Diana Yates  ||  University of Illinois