In the middle of the 20th Century, many parts of the world were on the brink of famine. A growling global population was butting up against the limits of the food supply, with disastrous consequences. But the lives of more than a billion people were saved by a 'Green Revolution'–the spread of techniques like irrigation, hybridized seeds, and human-made fertilizers and pesticides from industrialized countries to the developing world.

Today, we're facing a similar crisis. "The UN Food and Agriculture Organization says that we're going to need 70 percent more food by 2050, and with current rates of crop improvement we're not going to get there," says Stephen Long, Director of The RIPE project, which aims to spur a second Green Revolution by engineering crops so that they're able to photosynthesise more efficiently.

"Photosynthesis is the process that converts sunlight energy and carbon dioxide into the substance of a plant, so it's basically the source, directly or indirectly, of all of our food. We know that in crop plants this process is not actually very efficient, and we now understand enough about the process that can start to intervene and genetically improve its efficiency."

Historically, the prevailing wisdom has always been that photosynthesis couldn't be made more efficient. After all, why would evolution have not optimized such an important process? But Long points out that evolution optimizes for survival and reproduction, not the maximum output of the seeds and fruits humans eat.

Meanwhile, we're living in a different environment from the time of the first Green Revolution. "A major molecule involved in photosynthesis is carbon dioxide, and in the last 50 years, through our activities, we've increased the concentration of carbon dioxide in the atmosphere by 25 percent. That is a very short time for evolution to adapt to a change," says Long.

So, he and his team set to work proving that it is possible to boost the efficiency of photosynthesis. With funding from the Bill and Melinda Gates Foundation, they started tinkering with tobacco–a plant that's relatively easy to engineer. To being with, his team transferred genes from Arabidopsis thaliana, better known as thale cress, to tobacco plant in the hope of helping it shed heat energy more efficiently. When three variants of these engineered plants were grown, their yields were 13.5 percent, 19 percent, and 20 percent greater than normal tobacco plants grown as a comparison.

"Although we understand photosynthesis now in plants in great detail, it is a complex process. It's over 160 discrete steps. The first part of the project was actually stimulating the whole thing on the computer. We could then try billions of manipulations, mathematically, to then see where might be the best places to intervene."

What's more, these impressive gains were achieved with minimal increases in resource costs. The engineered plans required about 1 to 2 percent more nitrogen than the unmodified plants, and no increase in water use.

The big question is whether these gains in tobacco can be transferred to food crops, and there's reason to believe that they can. Photosynthesis works in the same way in tobacco as it does in many food crops, and tests are planned to see if similar modifications can deliver increases in yields of staples like rice, cowpeas, and cassava. The potential enormous, but the clock's ticking.

"Any innovation we have today is going to take about 20 years to be available to farmers at the scale we need," says Long. "So while 2050 might sound a long way off, in terms of improving crop productivity it's quite close."

What keeps you feeling optimistic?

Last year the first of these manipulations gave us a 20 percent boost in productivity. Breeders are usually happy if they can get 1 percent. So that really showed that we were onto something. This year, two of my colleagues working on different ways of improving photosynthesis had major successes in their field trials.

Have you ever had moments when you felt like giving up?

I've certainly had moments where I've felt like giving up. For a long time, there was a very strong belief that the process of photosynthesis couldn't be improved in crops because evolution couldn't possibly have left a free lunch on the table.

What's your response to people who say your project won't work?

My response is that we now have very strong evidence from replicated field trials that it is working.

If you were able to rent out a billboard in Times Square, what would you write on it?

'Don't be complacent about our global food supply–it's a serious risk.'

I think the genetic tools that have been developed over the last 20 to 30 years will be deployed at scale. So, we'll have smart crops able to deal with different environments, and be far more sustainable. That's what the technology is going to allow us. Whether we accept that technology is going to be another issue. 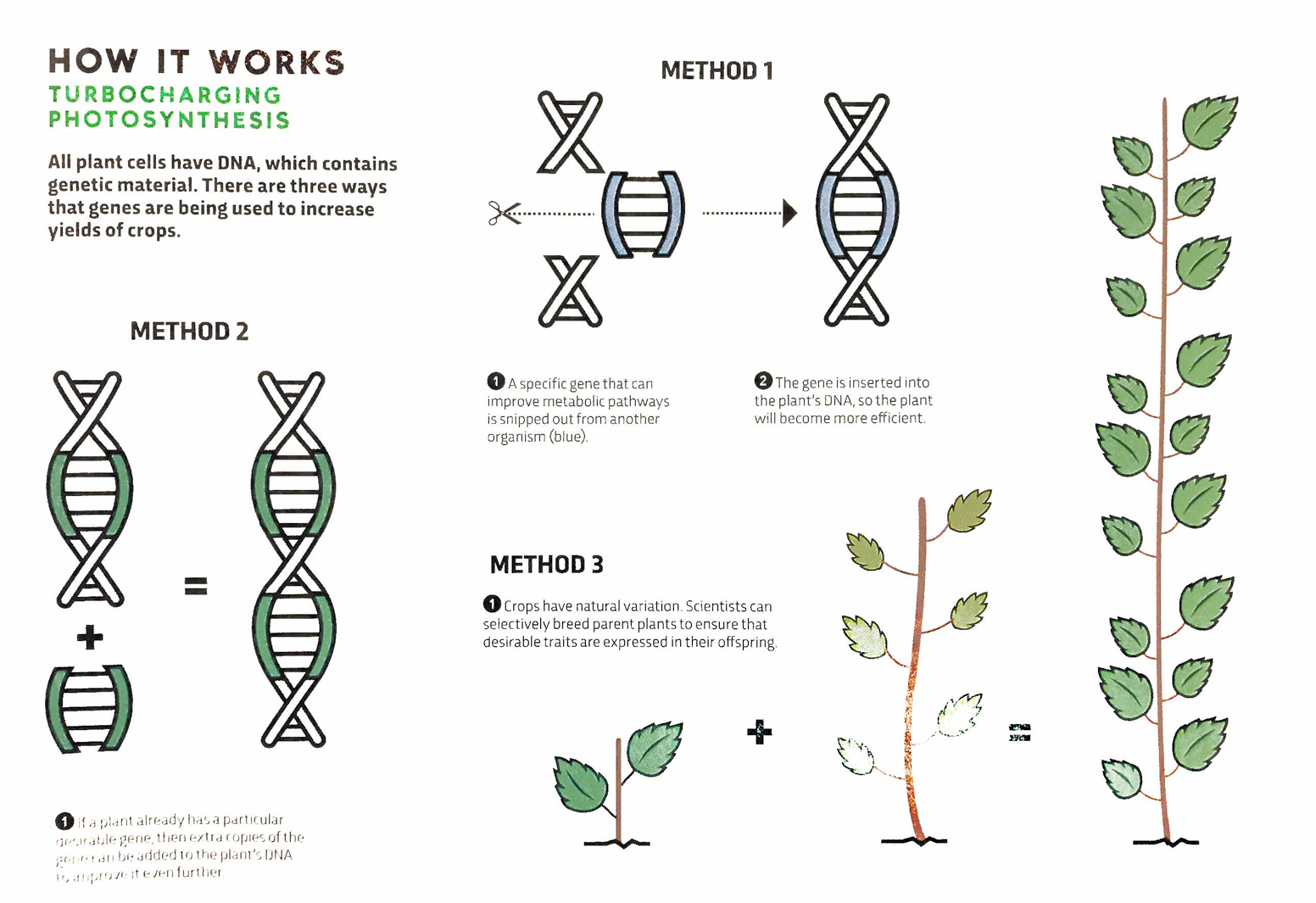 By: Duncan Greere | This article originally appeared in print in the BBC Focus Magazine.