Scientists at ANU have engineered tiny carbon-capturing engines from blue-green algae into plants, in a breakthrough that promises to help boost the yields of important food crops such as wheat, cowpeas, and cassava.

Lead researcher Ben Long from ANU said the discovery was a major leap forward in improving the way crops convert carbon dioxide, water, and sunlight into energy - a process called photosynthesis, which is one of the main limitations to crop yield. 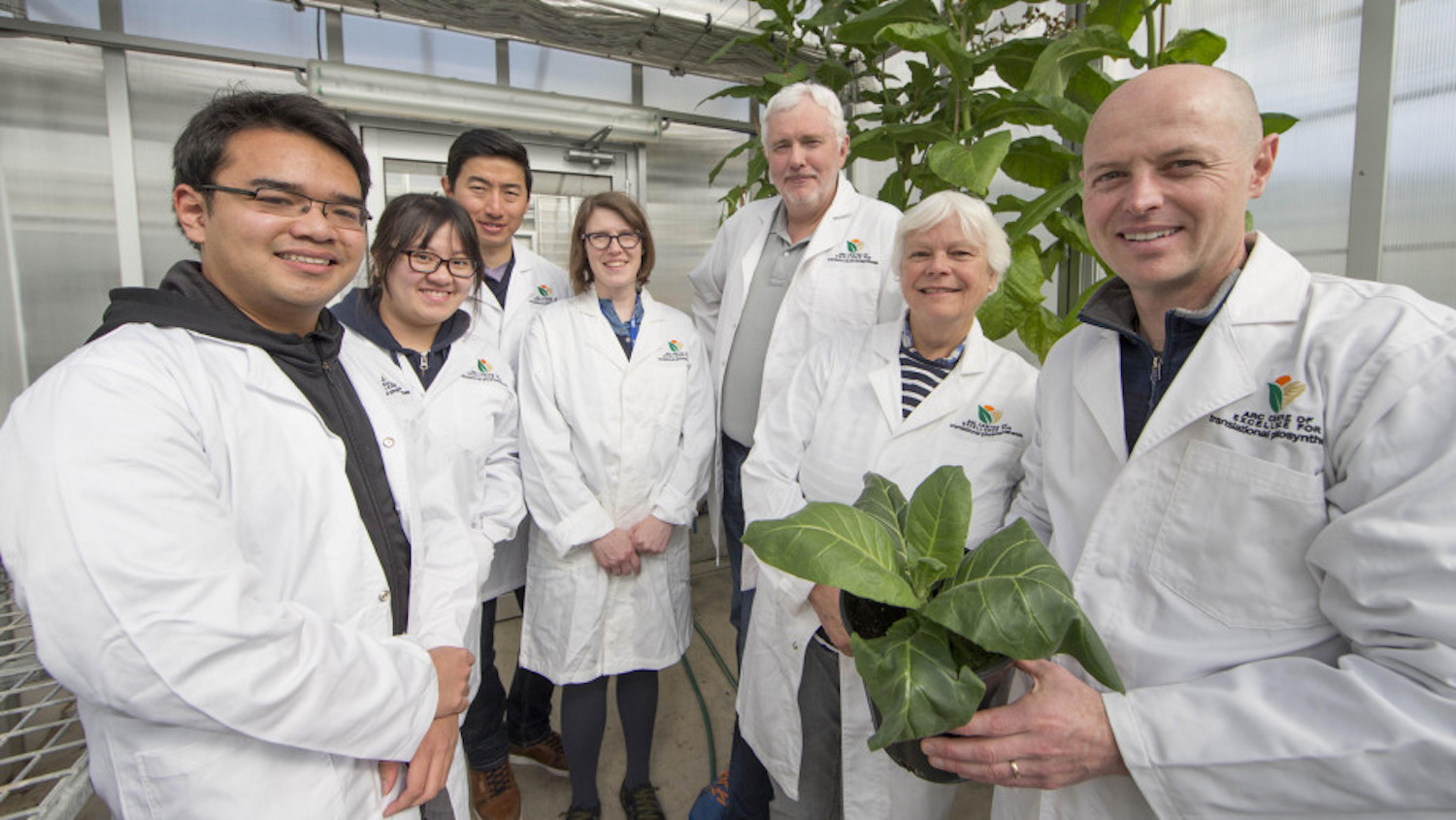 "For the first time, we have inserted tiny compartments from cyanobacteria - commonly known as blue-green algae - into crop plants that form part of a system that could lead to a 60 percent increase in plant growth and yield," said Ben Long from the ANU Research School of Biology whose work has been funded by the international Realizing Increased Photosynthetic Efficiency (RIPE) consortium.

These compartments, called carboxysomes, are responsible for making cyanobacteria so efficient at transforming carbon dioxide into energy-rich sugars.

"Until now, inserting a carboxysome into a plant had been in the realm of science fiction and it has taken us more than five years to get to this point," Long said.

"We are trying to insert a turbo-charged carbon-capturing engine into plants, by mimicking a solution that cyanobacteria - the ancestors of modern plant chloroplasts, the green compartments where plants make their own food - found millions of years ago."

Rubisco, the enzyme responsible for fixing carbon dioxide from the atmosphere, is slow and finds it difficult to differentiate between carbon dioxide and oxygen, leading to wasteful energy loss.

"Unlike crop plants, cyanobacteria use what's called a 'CO2 concentrating mechanism' to deliver large amounts of the gas into their carboxysomes, where their Rubisco is encapsulated," Long said.

"This mechanism increases the speed in which CO2 can be turned into sugar and minimises reactions with oxygen."

The Rubisco enzyme inside cyanobacteria can capture carbon dioxide and generate sugars about three times faster than the Rubisco found in plants.

Computer models have shown that upgrading plant photosynthesis to use this mechanism will lead to a dramatic increase in plant growth and yield.

"We still have a lot of work to do, but achieving this in tobacco plants was an absolute essential step that has shown us we can expect to see crops with functional CO2 concentrating mechanisms in the future, producing higher yield," Long said.

"We need every creative effort to improve crop yields if we want to be able to feed the growing global population and these options take time, so we need to do it now," said Professor Price, who is a Chief Investigator with the RIPE consortium and the Australian Research Council (ARC) Centre of Excellence for Translational Photosynthesis.

"When we supported this research, starting five years ago, we knew this was very high risk, but went ahead given the very great rewards it could lead to," he said.

"We never expected to see carboxysomes in the crop chloroplast by this stage, maybe just pieces.

"So by assembling carboxysomes indistinguishable from those of cyanobacteria is a spectacular achievement, and puts us well on the road to be able to achieve the full system."

The work was carried out by researchers at ANU, as part of the international research project Realizing Increased Photosynthetic Efficiency (RIPE) that is supported by the Bill and Melinda Gates Foundation, the Foundation for Food and Agriculture Research, and UK Department for International Development, in collaboration with members of the ARC Centre of Excellence for Translational Photosynthesis, whose lead node is located at ANU. This research is published in Nature Communications.

By: The Australian National University

Carboxysome encapsulation of the CO2-fixing enzyme Rubisco in tobacco chloroplasts

Into the Void Science: Crop genetic benefit two-fold thanks to algae

R&D: Algae could help increase yield in wheat and other crops

2GB: Algae could be crucial to boosting crop yields