During COVID, scientists use computers to understand C4 photosynthesis when labs shut down

COLCHESTER, England — When COVID closed down their lab in March, a team from the University of Essex turned to computational approaches to understand what makes some plants better adapted to transform light and carbon dioxide into yield through photosynthesis. They published their findings in the journal Frontiers of Plant Science.

There are two kinds of photosynthesis: C3 and C4. Most food crops depend on C3 photosynthesis where carbon is fixed into sugar inside cells called ‘mesophyll’ where oxygen is abundant. However, oxygen can hamper photosynthesis. C4 crops evolved specialized bundle sheath cells to shut out oxygen, which makes C4 photosynthesis as much as 60 percent more efficient.

In this study, scientists wanted to find out how C4 crops are able to express several important enzymes inside bundle sheath cells instead of the mesophyll. 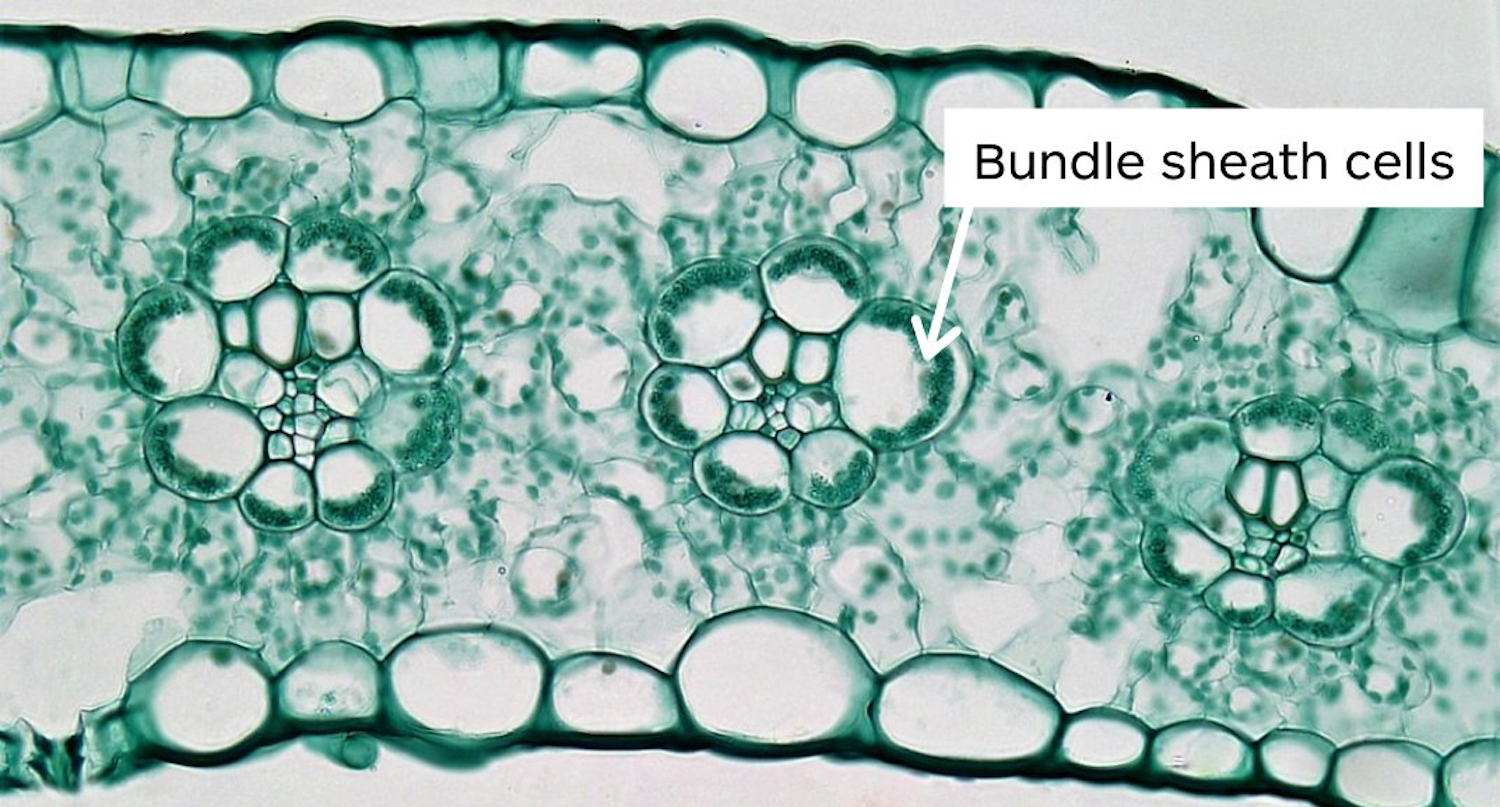 “The ultimate goal is to be able to understand these mechanisms so that we can improve C3 photosynthesis in food crops like cowpea and cassava that smallholder farmers in Africa depend on for their families’ food and income,” said Chidi Afamefuele, a postdoctoral researcher working on Realizing Increased Photosynthetic Efficiency (RIPE) at Essex.

Led by the University of Illinois, RIPE aims to boost food production by improving photosynthesis with support from the Bill & Melinda Gates Foundation, Foundation for Food and Agriculture Research, and U.K. Foreign, Commonwealth & Development Office. The RIPE project and its sponsors are committed to ensuring Global Access and making the project’s technologies available to the farmers who need them the most. 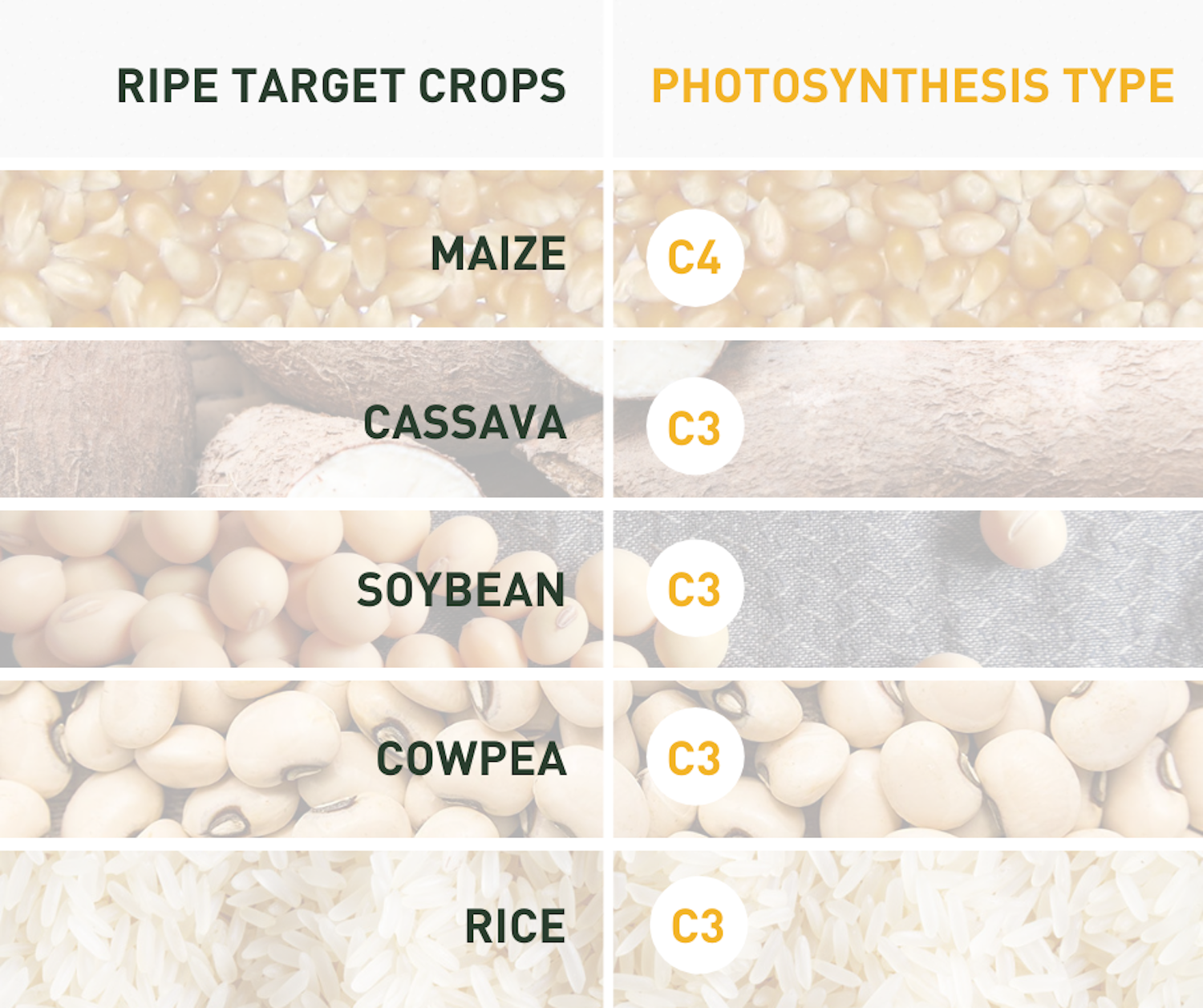 The team compared the DNA of four C3 grass crops (including barley and rice) and four C4 grass crops (including corn and sorghum). Their goal was to identify regions of DNA that might control the expression of four enzymes involved in photosynthesis. This study is likely the first comparison of the expression of these enzymes (SBPase, FBPase, PRK, and GAPDH) in C3 and C4 crops.

“It would have been great to find a ‘master regulator’ that operates in all these enzymes, but we didn’t find it, and we suspect it doesn’t exist,” said Adamefuele, who led the study from his apartment during the pandemic.

Instead, they discovered C4 crops have several “activators” within their DNA that trigger expression in the bundle sheath and “repressors” that restrict expression in the mesophyll.  They hope that they can use this genetic code to help less-efficient C3 crops photosynthesize better in the future.

“There are already efforts underway to help C3 crops operate more like C4 crops,” said principal investigator Christine Raines, a professor in the School of Life Sciences at Essex where she also serves as the Pro-Vice-Chancellor for Research. “Studies like this help us identify small pieces within an incredibly complex machine that we have to understand before we can fine-tune and reengineer it.”

The next step is to validate these findings in the lab. The team returned to their lab benches on July 6, 2020, adhering to all recommended safety guidelines from the School of Life Sciences at Essex.

Realizing Increased Photosynthetic Efficiency (RIPE) aims to improve photosynthesis and equip farmers worldwide with higher-yielding crops to ensure everyone has enough food to lead a healthy, productive life. RIPE is sponsored by the Bill & Melinda Gates Foundation, the U.S. Foundation for Food and Agriculture Research, and the U.K. Foreign, Commonwealth & Development Office.