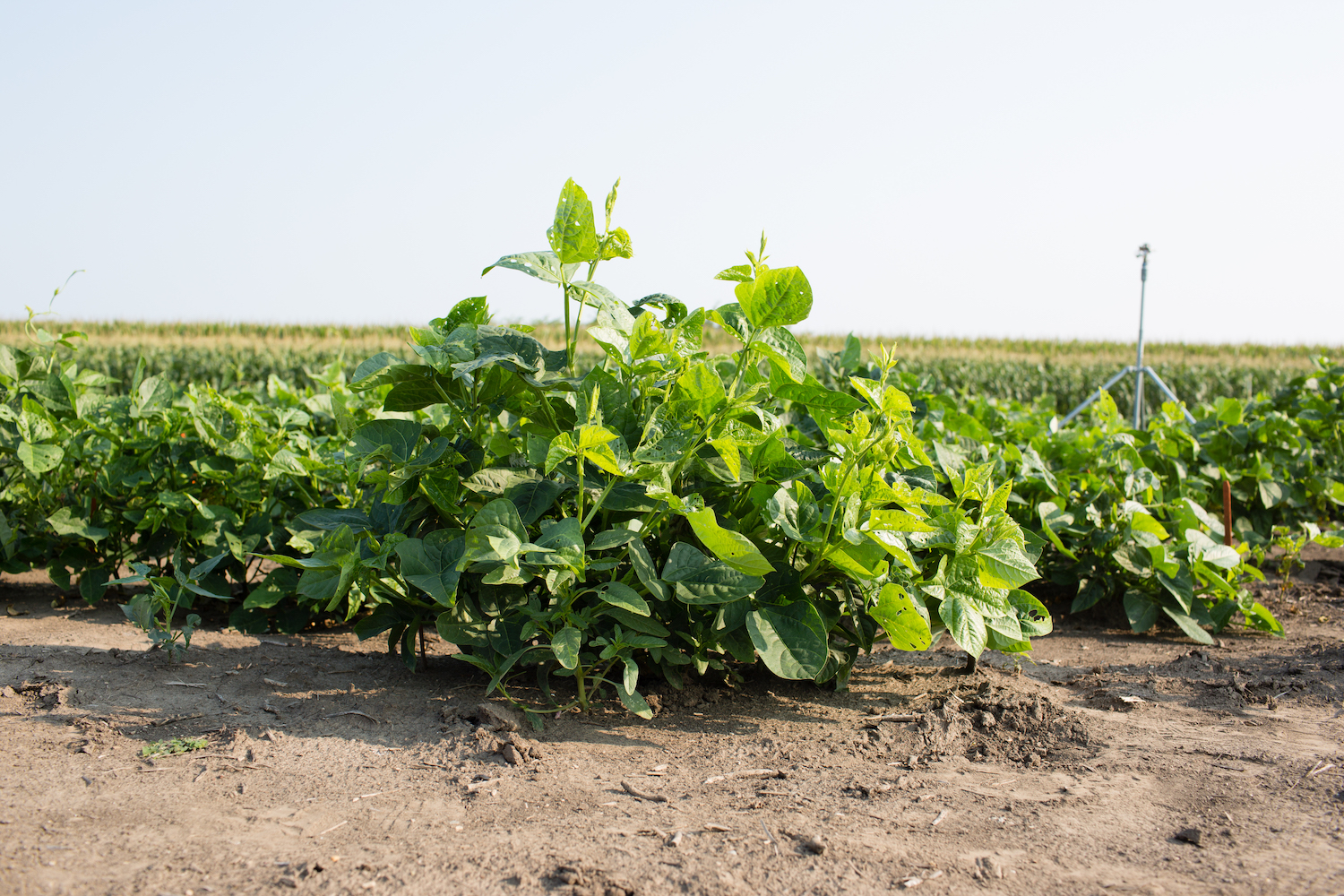 LANCASTER, UK — All of the carbon in our bodies, in food, and in the entire biosphere, results from the assimilation of carbon dioxide in photosynthesis by a single enzyme, known to biologists as Rubisco. Not surprisingly, given its importance, this protein is the most abundant in the world. Researchers from Lancaster University are working to improve the sustainable productivity of key crops in sub-Saharan Africa have discovered a new imperfection in the way Rubisco functions in cowpea and believe this imperfection is likely shared with other crops.

“Rubisco plays a central role in photosynthesis and frequently limits carbon assimilation in crop plants,” said Elizabete Carmo-Silva, professor of crop physiology at Lancaster. “Leaves adjust the activity of Rubisco to the abundance of solar energy. However, we found that this adjustment is imperfect, and frequently there is a mismatch between how active Rubisco is and how much solar energy is available for photosynthesis.”

Cowpea is grown throughout Africa because of its high protein content but is particularly important in West Africa, where it is the most important source of vegetable protein. In a recent study, published in Nature Plants, Carmo-Silva and Senior Research Associate Sam Taylor found that as cowpea leaves go into the shade, the activity of the enzyme Rubisco drops more rapidly than was previously appreciated.

This is important because every day, as the sun inevitably tracks across the sky above crops in farmers’ fields, leaves cast their neighbors from sunlight into the shade and back again. When a shaded leaf comes back into the sun, Rubisco activity takes several minutes to gear up to the new abundance of solar energy, resulting in missed opportunities to convert that energy into sugars. By adding up the effect of those lost minutes of productivity across a day, this has been estimated to cost at least 20 percent of potential carbon dioxide uptake.

“Photosynthetic responses are not immediate. Leaves take quite a few minutes to adjust when going from shade to high light, and during those minutes the leaf is not assimilating as much CO₂ as it has the light energy for, so there is a substantial loss,” said Carmo-Silva, who is leading this research for the Realizing Increased Photosynthetic Efficiency (RIPE) project. “We set out to identify differences among cowpea varieties that affect the speed of activation, to try and identify which ones are faster.”

This project is part of Realizing Increased Photosynthetic Efficiency (RIPE), an international research project that aims to increase global food production by developing food crops that more efficiently turn the sun’s energy into food, with support from the U.K. Foreign, Commonwealth & Development Office, the Foundation for Food & Agriculture Research, and the Bill & Melinda Gates Foundation.

The amount of carbon lost during the Rubisco process depends not only on the speed with which Rubisco can be re-activated but also on the starting point: the Rubisco activity at the moment when sunlight returns. This factor is determined by the speed of natural de-activation of Rubisco that happens in the shade. Faster de-activation means a bigger hit on carbon assimilation in farmers’ crops.

The researchers used a high-throughput biochemical method to show that cowpea leaves only need to be in shade for as little as five minutes for Rubisco activity to bottom out, so even brief shading of leaves will lower the plant’s photosynthetic productivity.

“We’re not exactly clear what the mechanism is from the sun to shade that takes Rubisco activation down, but we have found that the process is quite quick,” said Taylor. “If it was a slow process, you could go back into the sun several minutes after shade and there wouldn’t be a great loss, but, really, you only need to be in shade for minutes for the majority of that drop in activity to have happened.”

Despite these challenges, there are reasons to be optimistic. Only four different types of cowpea were measured from the 1000s of variants that exist, but the researchers did find differences in the speed at which Rubisco de-activated. This holds out hope that within the wider gene pool of cowpea, plants with much slower rates of Rubisco de-activation can be found. That would allow targeted breeding for cowpea, and perhaps other crops, improving productivity by minimizing the impact had by this newly identified imperfection in Rubisco function.