Using computer model simulations, scientists have predicted that modern soybean crops produce more leaves than they need to the detriment of yield — a problem made worse by rising atmospheric carbon dioxide. They tested their prediction by removing about one-third of the emerging leaves on soybeans and found an 8% increase in seed yield in replicated trials. They attribute this boost in yield to increased photosynthesis, decreased respiration, and diversion of resources that would have been invested in more leaves than seeds. 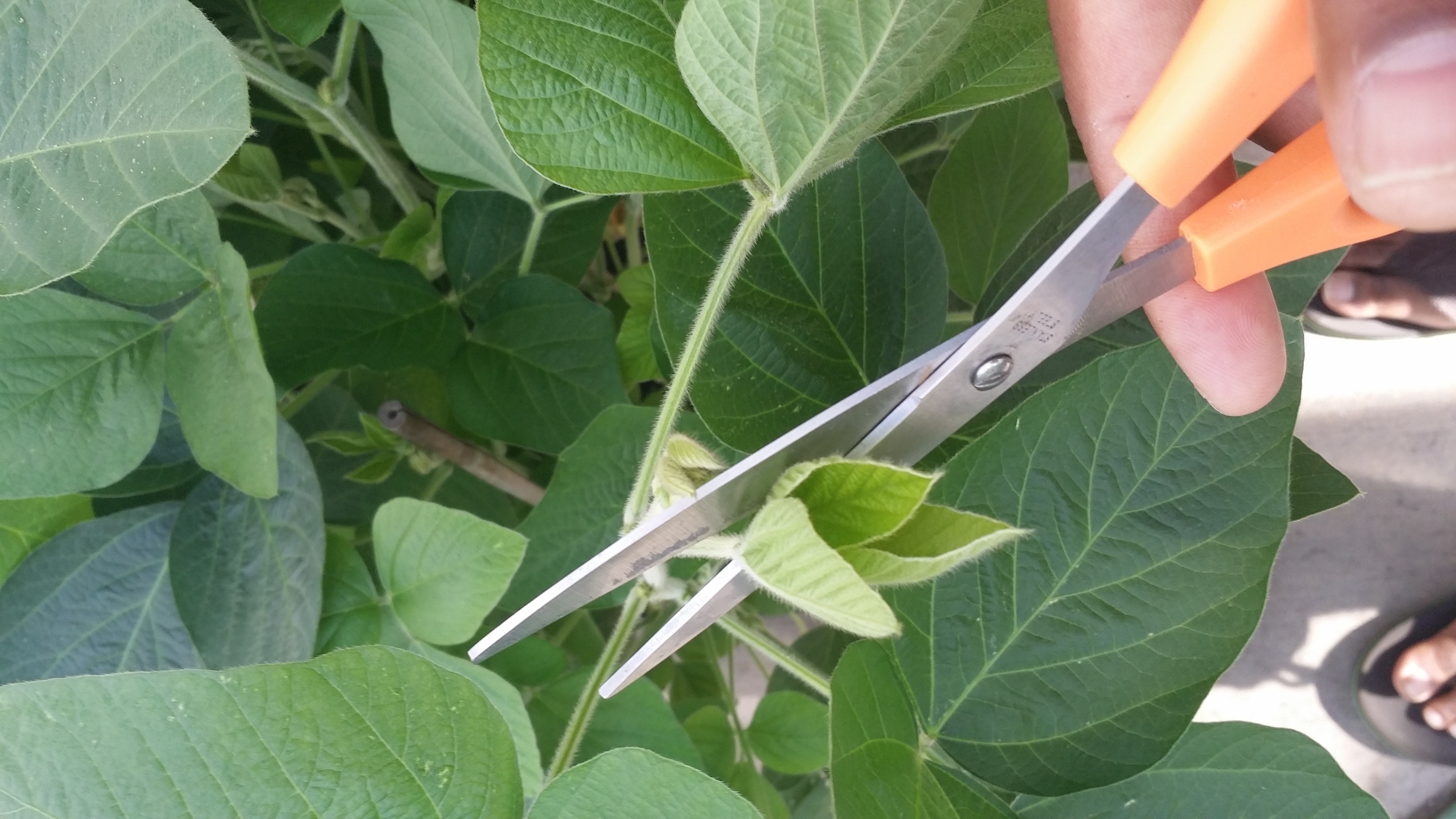 “The reduction in leaves allows more sunlight to penetrate through the canopy making the whole plant more productive, and it also reduces crop water demand,” said the project lead Praveen Kumar, Lovell Professor of Civil and Environmental Engineering at the University of Illinois.

Currently, we only achieve a 1% annual increase in yields due to crop improvements, which has slowed in the last decade. “This rate is insufficient to fulfill the needs for global food security, where we need to produce 70-100% more food by 2050 to feed an estimated 9.7 billion people,” said project co-lead Steve Long, Gutgsell Endowed Professor of Plant Biology and Crop Sciences at the Carl R. Woese Institute for Genomic Biology at Illinois.

“We are trying to identify non-conventional techniques that can give us a quick boost in yield so that we can get closer to those predicted demands,” said first author Venkatraman Srinivasan, a postdoctoral researcher at Illinois. “Soybeans are one of the four major staple crops and also the most important vegetable protein source in the world. If we can increase the yield of soybeans, we can solve the problems of protein demand and food production at the same time.”

Published in Global Change Biology, their paper found that soybean plants produce too many leaves, most of which are shaded and inefficient, thereby wasting resources like water, carbon and nitrogen. “The model shows that by investing less in leaves, the plant can produce more seeds,” Srinivasan said.

The model predicted that a 30-40% decrease in leaf area would increase yields by 8-10%. In field trials, they decreased leaf area (by manually cutting off new leaflets - see below) by just 5% and still increased yields by 8%.

“The experiment indicates that our model is conservative,” Srinivasan said. “We hypothesize that plants with fewer leaves need less water, which requires fewer roots. Cutting down on roots could produce additional carbon savings that the plant can invest towards boosting yield. Alternatively, plants with fewer leaves are more water efficient, and thereby may be potentially drought tolerant.”

Next, the researchers will bioengineer plants or search for varieties that naturally have fewer leaves to test these preliminary findings on a larger scale. They will also continue exploring ways to optimize other aspects of this crop’s canopy of leaves—such as the distribution and angle of leaves—to design better soybean plants that yield more without the need for more water and other resources.

Srinivasan said, “We want to optimize the plant’s canopy structure so that we can get as much photosynthesis as possible out of the crop to increase the food supply.”

AgPro by Farm Journal: Fewer Leaves On Soybean Plants Is A Good Thing?