Components of mesophyll resistance and their environmental responses: A theoretical modeling analysis 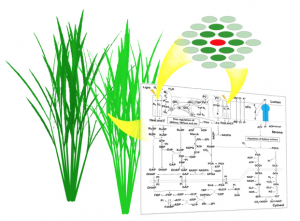 Mesophyll resistance (rm), together with stomatal resistance and biochemical limitations, are recognized as three critical factors limiting leaf photosynthesis. Contrary to the expectation of being a constant, rm not only varies with light and CO2 conditions but also shows different responses among species. To elucidate the mechanistic basis of these responses, we derived an analytical model of rm, which incorporates various anatomical and biochemical factors including permeabilities of cell wall and chloroplast envelope to CO2 and HCO3 - , carbonic anhydrase activities in cytosol and stroma, Rubisco activities, and relative location of mitochondria and chloroplast. The robustness of this model was confirmed by comparing the predicted rm and its components to numerical models developed at cell and leaf levels, which incorporate detailed three-dimensional cell and leaf anatomies, CO2 hydration and diffusion processes from intercellular air space to stroma, and CO2 fixation by Rubisco. Combination of these model analyses shows that the varying rm is influenced by four biochemical factors: 1) non-uniform photosynthesis status across the leaf; 2) photorespiration and respiration; 3) bicarbonate leakage on the chloroplast envelope; 4) hydration activity in cytosol and stroma. This study provides a theoretical framework to study components of rm and their responses to environmental perturbations. 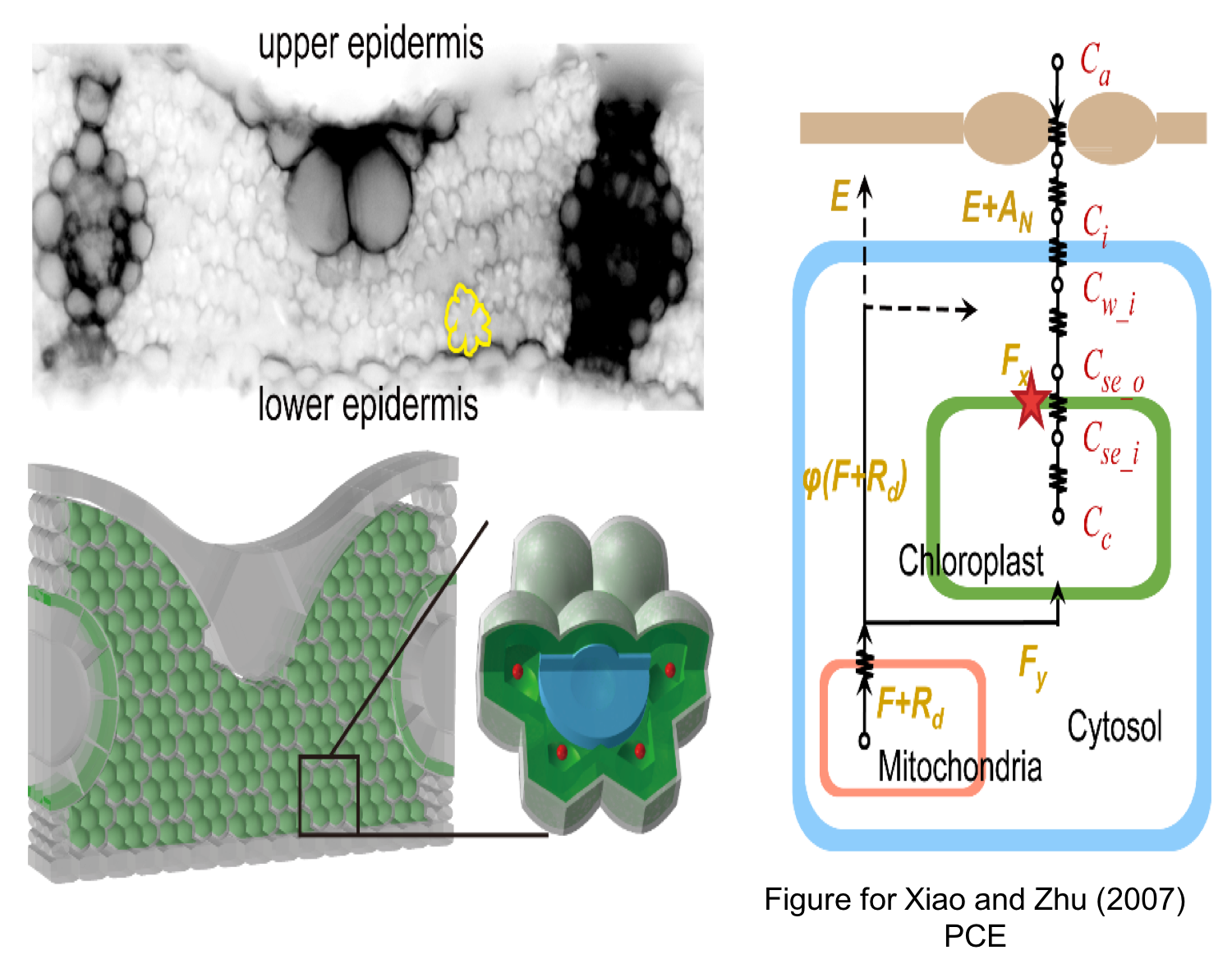 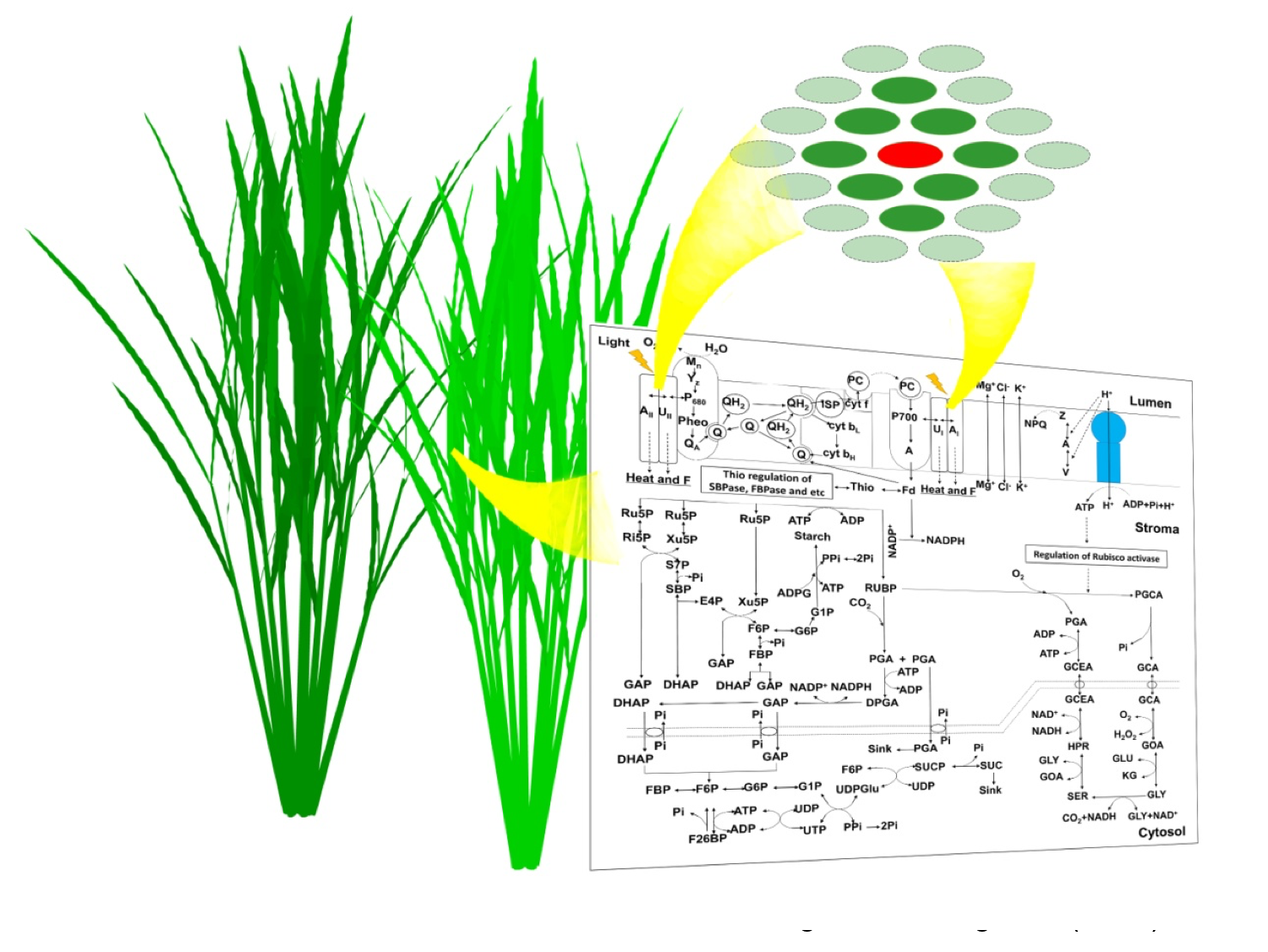