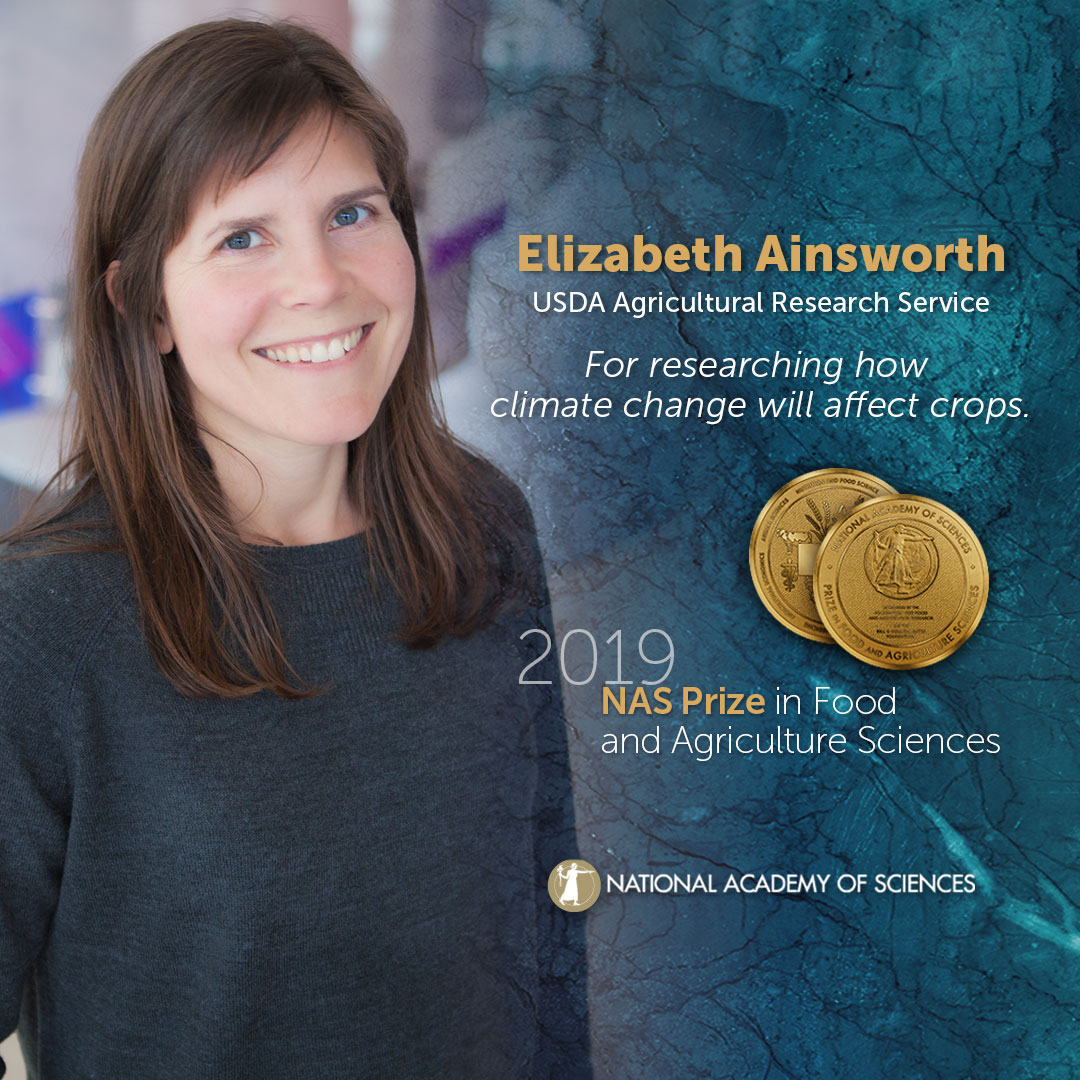 How will the world eat in the face of climate change and other threats? That question dominates Ainsworth’s pioneering research, which has helped to reveal how man-made atmospheric changes will affect the physiology and growth of crops around the world.

Ainsworth led the evolution of the SoyFACE Global Change Research Facility, where she serves as lead investigator. There, she has conducted groundbreaking research to show how crops such as maize and soybeans will be affected by increases in atmospheric carbon dioxide and ozone in combination with drought and other environmental stresses, as well as possible solutions. The work recently revealed that a large portion of the United States harvest of corn and soybean was lost due to ozone pollution over the past 20 years.

Ainsworth was among the first to use functional genomic and metabolomics approaches to understanding mechanisms of response to global change, and has recently used quantitative genetic approaches to dissect plant responses to these changes.

In addition to her research itself, Ainsworth is also recognized for her tireless advocacy for science, both as a science ambassador and as a role model for the next generation of scientists. She frequently speaks to the media about climate change, and she started the Pollen Power Camp to encourage junior high-school girls to consider science careers. As an adjunct professor, Ainsworth has also mentored countless university students and postdoctoral researchers, helping to ensure that a new wave of professional biologists will follow her lead for many years to come.

By: The National Academy of Sciences