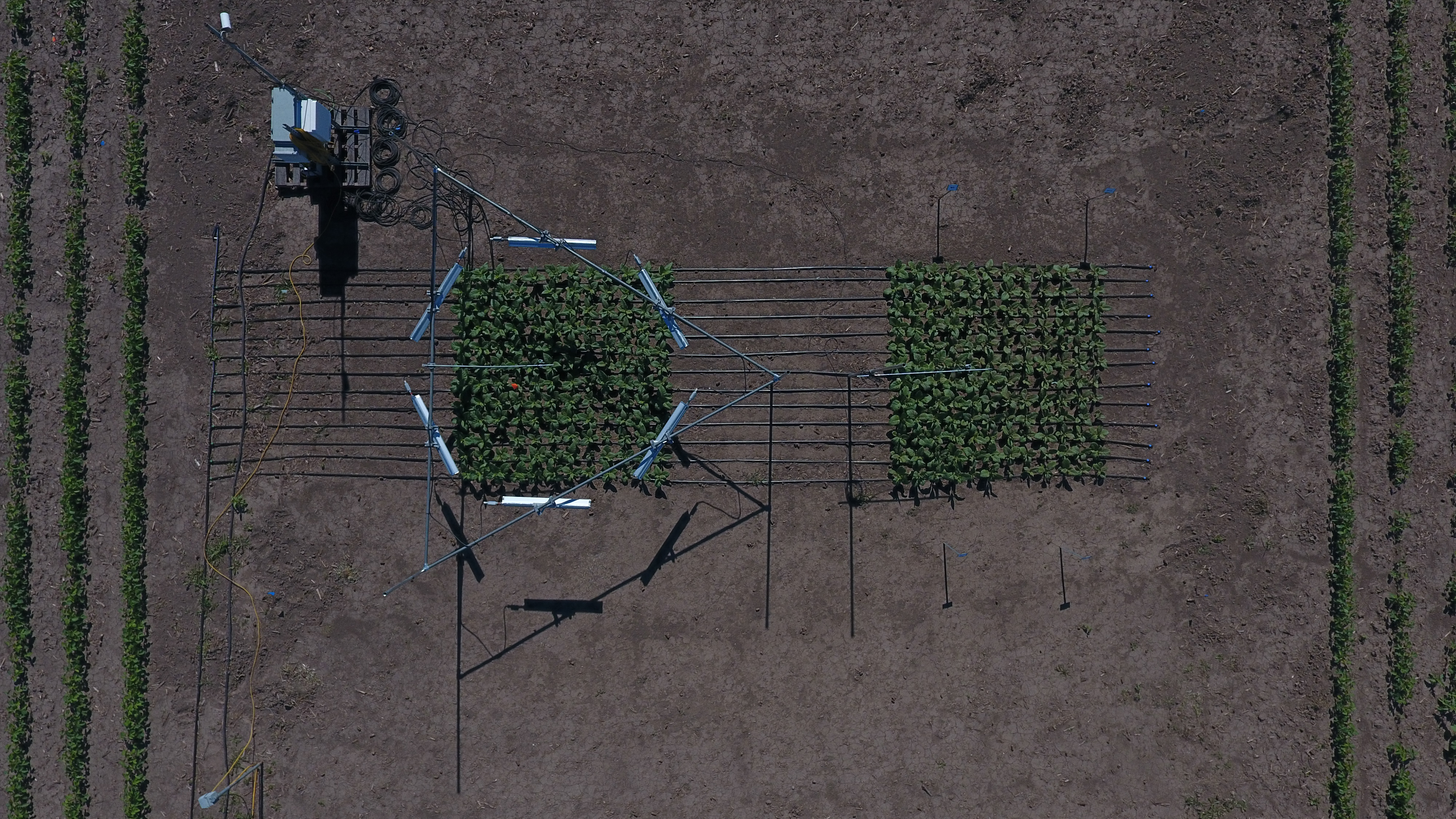 CHAMPAIGN, Ill., U.S. —  The world is warming quickly with no indication of slowing down. This could be catastrophic for the production of food crops, particularly in already warm areas. Today, research from The University of Illinois and the US Department of Agriculture Agricultural Research Service show that bypassing a photosynthetic glitch common to crops like soybean, rice, and wheat, can confer thermal protection under heat stress in the field.

“We need to double crop production by 2050 to feed a growing global population, and not only are we not on track to do that, but climate change is further complicating things,” said Amanda Cavanagh, a lecturer at the University of Essex and an affiliate faculty with the  Carl R. Woese Institute for Genomic Biology, who led this work to future proof crops and save yields.

Photosynthesis, the natural process all plants use to convert sunlight into energy and yields, relies on the enzyme Rubisco to turn carbon dioxide into sugars, and in doing so, feeds the world. In the meantime, photosynthesis produces an oxygen-rich atmosphere, complicating Rubisco’s job. About 20 percent of the time, Rubisco grabs oxygen instead of carbon dioxide, resulting in an energetically expensive recycling process for the plant, called photorespiration. These findings were detailed in the same group’s previous research. In current conditions, the inefficiencies of photorespiration can reduce the yield of a grain like wheat by around 36 percent. This lost production is equal to 148 trillion calories in wheat and soybean, calories that could be feeding millions of people.

Cavanagh continued, “We know that as temperatures rise, Rubisco has a harder time distinguishing between carbon dioxide and oxygen, and so rates of photorespiration rise. Because of this, we thought manipulating photorespiration might be a way to help crops take the heat and mitigate yield losses caused by higher temperatures.”

From an economic standpoint, the yield loss, reportedly as high as 40-50 percent in the southern United States, cost producers around 500 million dollars in 2012. Producers in regions around the equator can see even more losses, due to the increased temperature, with the issue expected to escalate worldwide due to climate change.

“Using an engineering approach we designed multiple alternative metabolic pathways to photorespiration. Testing them in the field showed increases in productivity which led Amanda to significantly move the project forward by showing our engineered plants can withstand pretty extreme temperature stress,” said Paul South, coauthor, RIPE researcher, and assistant professor at Louisiana State University. “As the climate changes and temperature stresses increase the pressure on our global food supply, farmers will need every tool available including engineering approaches like the synthetic biology used here to maintain safe and productive harvests.”

In their recent study, published in the Plant Biotechnology Journal, Cavanagh, South, and their then-advisor Don Ort, tested their plants with more efficient photorespiration to see if they were better adapted to warmer temperatures. The group partnered with RIPE researcher Carl Bernacchi, a Research Plant Physiologist for the U.S. Department of Agriculture, Agricultural Research Service. Together, they planted tobacco in a field with heaters set to keep their plants 5°C warmer than the ambient temperature. Half of the tobacco had been genetically engineered to have a less energy-intensive photorespiration process.

Tobacco was chosen as the initial test crop because it is relatively easy to work with experimentally, and results can be seen far more quickly. With tobacco, researchers can go from genetic transformation to completion of field testing within 12 months, compared to the 3-5 years required for many food crops. Now that the concept has been proven in tobacco, research is underway to take the same genetics used in the tobacco test plants and put it into food crops like potatoes and soybeans, allowing food production to increase, despite the ever-increasing temperatures around the world.

“As a plant scientist, producing enough food to feed the predicted mid-century population of nine billion with the pace of sustained increases in atmospheric carbon dioxide is the defining challenge of our career,” said Cavanagh. “There’s no greater motivation to do your best at work so you’re providing solutions to adapt to a world that’s outpacing a plants’ ability to adapt to it.”