There’s some bad news, followed by good news, but partially countered by further bad news. The bad news is that our population is growing, and therefore our food requirements, and yet we are approaching the limits of our ability to increase crop yield with cultivation alone. Experts can quibble about whether or not we are at or near the limit, but it’s pretty clear that we are not going to double crop efficiency in the next 50 years through cultivation. 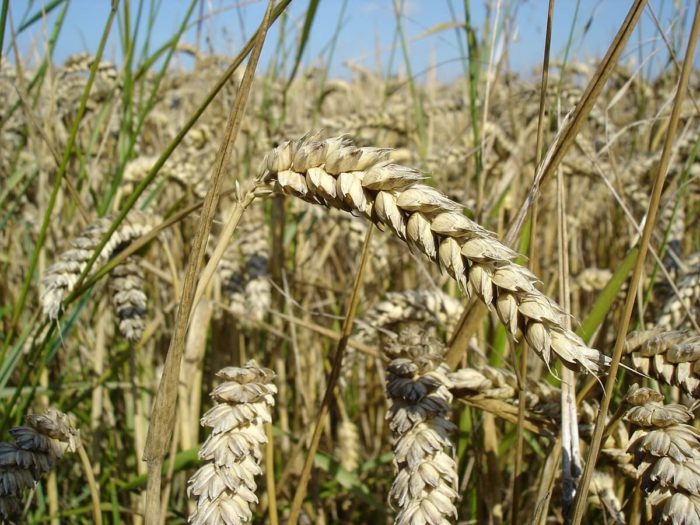 That, however, is pretty much what we need to do if we are going to meet humanity’s caloric needs. By 2050 yields will need to be 60% higher than 2005, and needs will likely continue to rise before they stabilize. Sure, there are some gains to be made in reducing waste, but not nearly enough. And sure, we need to take steps to stabilize our population more quickly, like fighting poverty and promoting the rights of women in developing countries.

But even under optimistic conditions – we simply need to grow more food. Further, as I recently reviewed, we are pretty much using all the good arable land available. Expanding into more land for growing food is not a good option.

So really we have one viable option if we are going to meet our food needs – genetically modifying crops. That is the good news – GMOs actually have the potential to significantly increase crop yields. One way to do that is through making photosynthesis more efficient. It turns out, there are several ways to do this.

First, there is a difference between C3 and C4 photosynthetic pathways. The C4 pathway is more efficient, and increases biomass production. Part of the efficiency is through better carbon concentration mechanisms. This pathway has independently evolved in many plants, and there are others that are part way between C3 and C4, but our major food crops all use C3.

The transition from C3 to C4 is complex, however, requiring multiple steps that all need to work together. There is clearly a pathway, however, as there are plants that have only partly made the transition. But scientists have to discover the genes and products for each step in that path and engineer them to work together. They are making progress, but it’s hard to say how much longer it will take.

Specifically, the difference is in a set of enzymes called the Rubisco complex. As explained here:

A key challenge in engineering Rubisco in plants is that it is a hefty 550 kDa hexadecameric complex comprising eight large subunits ( ca. 52 kDa each) and eight small subunits ( ca. 13 to 15 kDa). It is produced through an exquisite synthesis and assembly process that is dependent on a number of nucleus- and chloroplast-encoded components.

In short – it’s complicated, with genes in both the nucleus of the plant cells and in the chloroplasts (the plant version of mitochondria in animals). Also, I know this is a lot to ask for, but I hope it’s possible to engineer C4 golden rice, to get both the yield boost and the extra vitamin A. Farmers would then have a huge incentive to plant the golden rice, because they would get increased yields.

There is more – plants have to also rapidly adjust their metabolism to light levels. When exposed to direct bright sunlight they can actually be damaged, and so shift their metabolism to give off waste heat. During lower light conditions they shift back to maximal production efficiency. However, the shift back can be slow, which means that plants waste a lot of energy making the transition.

Researchers are developing enzymes that allow plants to shift back to energy production (rather than wasting heat) more quickly, potentially increasing yields by up to 20% (depending on conditions, of course).

Yet another potential improvement in photosynthesis deals with the adaptation to high oxygen levels in the atmosphere. Photosynthesis evolved when CO2 levels were high but O2 levels were very low. Now we have a high O2 atmosphere (21%). The result is that occasionally light energy in plants does not split water and combine with CO2, but rather combines with O2, making chemicals that are both potentially damaging but also are not plant food.

Plants have evolved rescue pathways to capture those oxygenated waste products and turn them back into food (called the Calvin-Benson cycle). However, these pathways are very inefficient and wasteful. That is another opportunity for improvement, and progress has been made here.

Finally there is another research program, RIPE (Realizing Increased Photosynthetic Efficiency), which is also funded by the Gates Foundation. The goal here is to take photosynthetic pathways from cyanobacteria that can use far infrared light and incorporate them into crops. Plants mostly use visible light, and mostly from the upper part of the canopy. Leaves that are shaded get progressively less visible light, but infrared light does make its way deeper down. I leaves lower down on a plant were optimized for infrared light, they could use otherwise wasted light energy.

The complexity of photosynthesis turns out to be a double-edged sword. It provides multiple opportunities for optimization and therefore increased crop yield, but also means that engineering such changes are difficult. This is why cultivation alone simply won’t do it – there simply isn’t enough time for all the necessary mutations to occur through natural variation, or even mutation breeding. Hybrids also won’t cut it, as the necessary pathways don’t exist in enough species or those closely related to our major crops.

We need genetic engineering to realize these increased efficiencies. The research is happening, and is making progress, with some applications already past the proof of concept stage. Now they need to be incorporated into actual crops, and undergo the 10 years of regulatory testing. So maybe in 15-20 years we will be seeing the fruits of this research.

But that brings me back to the final bad news – public opinion is still largely against GMOs. The technology has been thoroughly and unfairly demonized by the organic food industry and misguided environmentalists. We are heading for an epic battle. On the one side, scientists are developing advanced crop technology to improve photosynthetic efficiency in many ways, dramatically increasing crop yields and essentially saving us from ourselves.

On the other hand, there are the science deniers and those ideologically opposed to a safe technology because of bad arguments and misguided fears. Seriously, there is no legitimate trade off here. If there is any legitimate reason to oppose optimizing photosynthesis through genetic engineering, I have not heard it. But irrational fear is already hindering, and may stop, a technology we truly need. I hope in the end the power and utility of the science will win out.