8 innovative drought solutions that we can count 0n 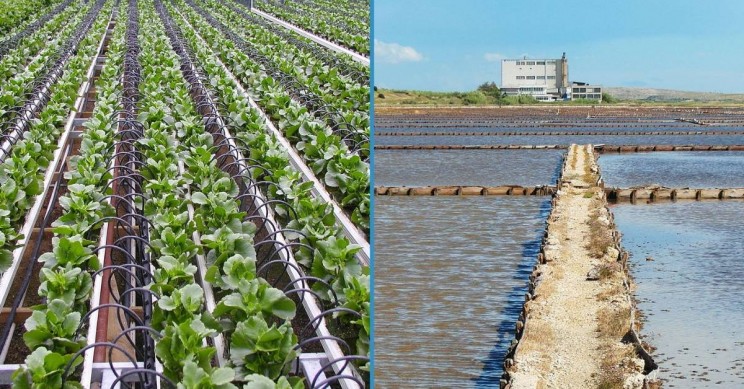 A drought happens when a region receives less than average rainfall. Unlike the simplicity of this definition, the actual scenario is devastating.

Droughts don’t just affect the plants or livestock of a region, but they also pose a great threat to human lives. It is regarded as a natural disaster considering the damage it does to the entire ecosystem.

We have seen examples of how droughts can create great economic instabilities, owing to the lessened production of resources. In the past 40 years, no natural disaster has affected more people than droughts.

Climate change has been a major factor in the creation of droughts in several parts of the world. As the earth is heating up, many regions of the world are experiencing less precipitation and droughts are becoming more common than ever before.

However, we humans have the ability to think and use our skills to engineer solutions, and in this article, we will go through some of these methods.

Even though more than 70% of the earth’s surface is covered with water, only 0.003% of it is fresh water. In many places of the world, annual rainfall is the only way to replenish the freshwater sources.

But what if we could desalinate water? Then we have oceans to help us get fresh water.

But it is easier said than done. Desalination of water is pretty resource intensive. First, the water needs to be boiled, converted to steam and then condensed.

This requires a significant amount of fossil fuels to produce heat. But hope is still at hand as the developments in the field has made filters made up of graphene that can desalinate water with nothing more than hydrostatic pressure.

Rainwater harvesting has seen major growth in recent years and this is something everyone should adopt. With rainwater harvesting, homes can store the water they get from rain and then use it when they need it in dry conditions.

If a house has a primary water source, then rainwater harvesting provides them with an auxiliary option that they can use when water is not available. Rainwater harvesting is a great way to combat drought and is now encouraged among farmers and herders to provide their agriculture with water in times of drought.

Drip irrigation hopes to achieve optimum water delivery for plants and optimum moisture in the soil. The advantage of such a system is that it does not result in water wastage.

Nowadays, many companies have come forward providing the market with cost-effective and intuitive drip irrigation systems.

Technologically advanced farms are moving towards IoT inspired drip irrigation systems that can operate without human intervention. The highly targeted nature of drip irrigation ensures that each plant gets the right amount of water delivered right on its roots.

4. Harvesting water from the air

Air as we know it contains many elements, and one among it is moisture. If we could build something efficient to harvest that moisture and condense it, we could harvest water from the air.

And this is what researchers from MIT have done!

This solar powered device uses a large surface area of the pores in Metal-Organic Frameworks (MOFs) to catch water vapor and pass it between two temperatures zones to condense it. A field test conducted in Arizona was a success and now the team hopes to scale up the system so that it can produce many liters of water within a short period of time.

The two major advantages of this system are that it can harvest water without the use of electricity and the ability to produce water in desert climates.

We can build new mechanisms outside of the plants to keep them watered and safe from drought, but we could also genetically engineer them to be resilient to conditions where the water content in the soil is very low.

Food production is a crucial part of keeping the population alive. However, droughts can affect the productivity and tip the balance of food available to the masses.

Crop engineering hopes to tweak the genetics of existing crops to help them increase their yield and provide them with better resistance to drought.

A research project from Realizing Increased Photosynthetic Efficiency (RIPE) has successfully improved corps in the way they use water, up to 25% more efficiently.

Researches have been done by various organizations around the world in efforts to engineer crops that can withstand the harshness of droughts.

The most common method that we use to water crops or provide water to livestock is by pumping it out of the earth. However, pumps do consume electricity, which in turn, consumes more fossil fuels.

Solar pumps are gaining popularity because they do not use up electricity from the mains to pump water for irrigation. The governments around the world are realizing the potential of solar pumps and some have even started granting subsidies for farmers to install them cost-effectively.

The most common method that we use to water crops or provide water to livestock is by pumping it out of the earth. However, pumps do consume electricity, which in turn, consumes more fossil fuels.

Solar pumps are gaining popularity because they do not use up electricity from the mains to pump water for irrigation. The governments around the world are realizing the potential of solar pumps and some have even started granting subsidies for farmers to install them cost-effectively.

This is might sound like old-age advice, but planting tree is the best way to reduce damage from drought, improve the quality of the environment and increase the success of precipitation.

Many countries have started their efforts by turning arid lands into forested by planting trees and saplings.

Drought is one of the most damaging natural disasters that we have faced in recent years. By bringing innovative ideas and solutions, we can reduce the effects of droughts as well as put measures in place to prevent the occurrence of this natural disaster altogether.