A protein “chaperone” that is key to achieving enhanced crop yield 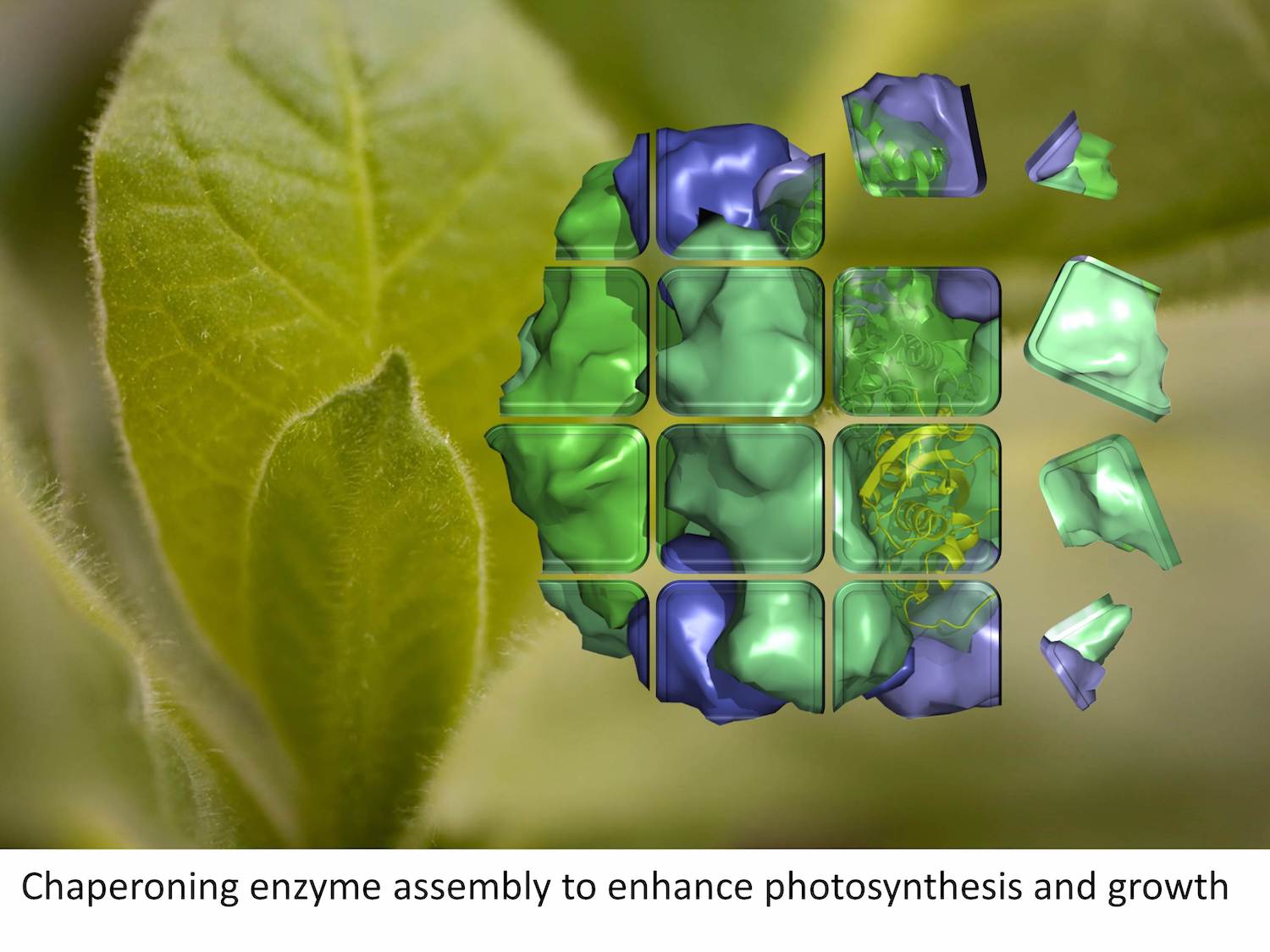 Australian scientists have found a way to improve production of an enzyme essential to plant growth.

The discovery advances efforts to improve global food security that aim to increase the yields of some of our most important staple crops, such as wheat, cotton and rice.

"The enzyme Rubisco has baffled scientists for over 50 years, as it is thousands of times less efficient at its job than most other enzymes," said Dr Spencer Whitney from The Australian National University (ANU) who was leader of the research team from the ARC Centre of Excellence for Translational Photosynthesis.

Much of the confusion stems from the highly complex structure of Rubisco. It is an enzyme with 16 pieces that requires the assistance of more than 12 other proteins to assemble it correctly.

"We focussed on one of Rubisco's partner proteins, called RAF1. By supplying a Rubisco with its partnering RAF1 we found the amount of Rubisco produced in leaves could be more than doubled," he said.

Rubisco is the most abundant protein on the planet. It also has one of the most significant responsibilities in life on Earth: the conversion of carbon dioxide to organic compounds - the building blocks of all plant and animal cells.

"Understanding the partnership with RAF1 has important implications with regard to ongoing efforts to accelerate the sluggish activity of Rubisco - a key goal for improving crop productivity," Dr Whitney said.

"In a world with increasing demands for food, this is a milestone towards increasing the photosynthetic rate in crop plants that rely heavily on Rubisco."

The study, done in collaboration with the University of Wollongong and published in the latest PNAS journal, shows Rubisco and RAF1 have evolved together. Changes in one protein requires a balancing change in the other.

"We improved the production of a modified Rubisco in leaves by inserting a modified complimentary version of RAF1," Dr Whitney said.

"Including RAF1 caused Rubisco's levels to double, and as a result, we obtained faster rates of photosynthesis and plant growth compared to the plants where RAF1 was not introduced.

"The finding also explains why our prior attempts to insert more efficient versions of Rubisco from some algae into plant leaves have failed – they require different chaperones to those available in leaf cells."

The study was funded by the Australian Research Council (ARC) and the Realizing Increased Photosynthetic Efficiency (RIPE) project.