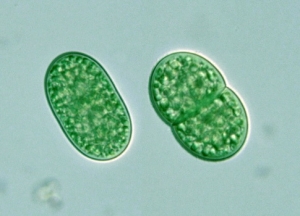 The sequence of reactions in the Calvin cycle, and the biochemical characteristics of the enzymes involved, have been known for some time. However, the extent to which any individual enzyme controls the rate of carbon fixation has been a long standing question. Over the last 10 years, antisense transgenic plants have been used as tools to address this and have revealed some unexpected findings about the Calvin cycle. It was shown that under a range of environmental conditions, the level of Rubisco protein had little impact on the control of carbon fixation. In addition, three of the four thioredoxin regulated enzymes, FBPase, PRKase and GAPDH, had negligible control of the cycle. Unexpectedly, non-regulated enzymes catalysing reversible reactions, aldolase and transketolase, both exerted significant control over carbon flux. Furthermore, under a range of growth conditions SBPase was shown to have a significant level of control over the Calvin cycle. These data led to the hypothesis that increasing the amounts of these enzymes may lead to an increase in photosynthetic carbon assimilation. Remarkably, photosynthetic capacity and growth were increased in tobacco plants expressing a bifunctional SBPase/FBPase enzyme. Future work is discussed which will further our understanding of this complex and important pathway, particularly in relation to the mechanisms that regulate and co-ordinate enzyme activity.