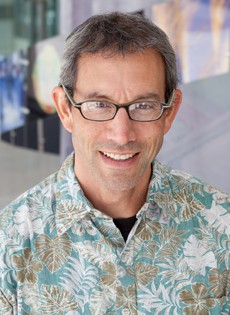 Professor Kris Nyogi is the Associate Chair of the Department of Plant and Microbial Biology at the University of California, Berkeley. Kris is also a faculty scientist in the Physical Biosciences Division at Lawrence Berkeley National Laboratory. He received his bachelor’s degree in biology at Johns Hopkins University, his master’s degree in biochemistry from the University of Cambridge, and he received his doctorate in biology from the Massachusetts Institute of Technology. He has been given multiple awards including: the Howard Hughes Award, the Charles Albert Schull Award from the American Society of Plant Biologists, and the Melvin Calvin Award from the International Society of Photosynthesis Research. In 2016, Kris was elected to the National Academy of Sciences and in 2020, he was recognized by the Web of Science group as 2020's Highly Cited Researchers, an achievement earned by those who have published multiple papers ranking in the top 1% by citations across 21 disciplines. His work has appeared in multiple publications including Plant Physiology. Kris studies how photosynthetic energy conversion works, how it is regulated, and how it might be improved. His research focuses on the biosynthesis and function of photosynthetic pigments, assembly of photosynthetic reaction centers, structure and dynamics of the photosynthetic membrane, mechanisms involved in sensing excess light, and regulation of photosynthetic light harvesting in saturating light.