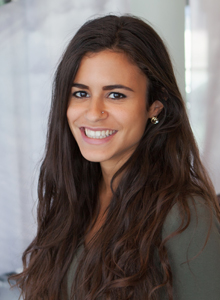 Liana Acevedo-Siaca was a postdoctoral researcher at the University of Illinois. Her research focused on examining the naturally occurring photosynthetic diversity of rice in order to establish a genetic basis for photosynthesis. She has worked in various institutions within the U.S. and internationally, including the International Rice Research Institute in the Philippines as a U.S. Borlaug Fellow in Global Food Security. She received her bachelor’s degree in plant science from Cornell University and her doctorate at Illinois. Read Liana's feature profile. Liana has gone on to become an associate scientist in wheat physiology at the International Maize and Wheat Improvement Center (CIMMYT) in Texoco, Mexico.