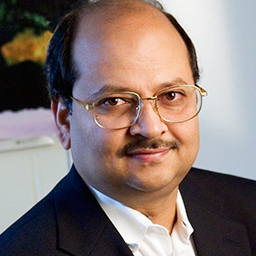 Professor Praveen Kumar is the Colonel Harry F. and Frankie M. Lovell Endowed Professor of Civil and Environmental Engineering at the University of Illinois. He is also the Director of the Critical Zone Observatory for Intensively Managed Landscapes. Praveen received his B.Tech from the Indian Institute of Technology, and from there he came to Iowa State for his M.S. and Minnesota University for his Ph.D. His work has been published in over 200 studies and has appeared in journals like the Reviews of Geophysics. Praveen’s research includes the study of complexity in hydrological processes including hydroclimatology, ecohydrology, geomorphology, and hydroinformatics. The overall goal of his research improved our understanding of hydrologic processes over a range of space and time scales with particular emphasis on understanding and modeling multiple-scale non-linear interactions among sub-processes.