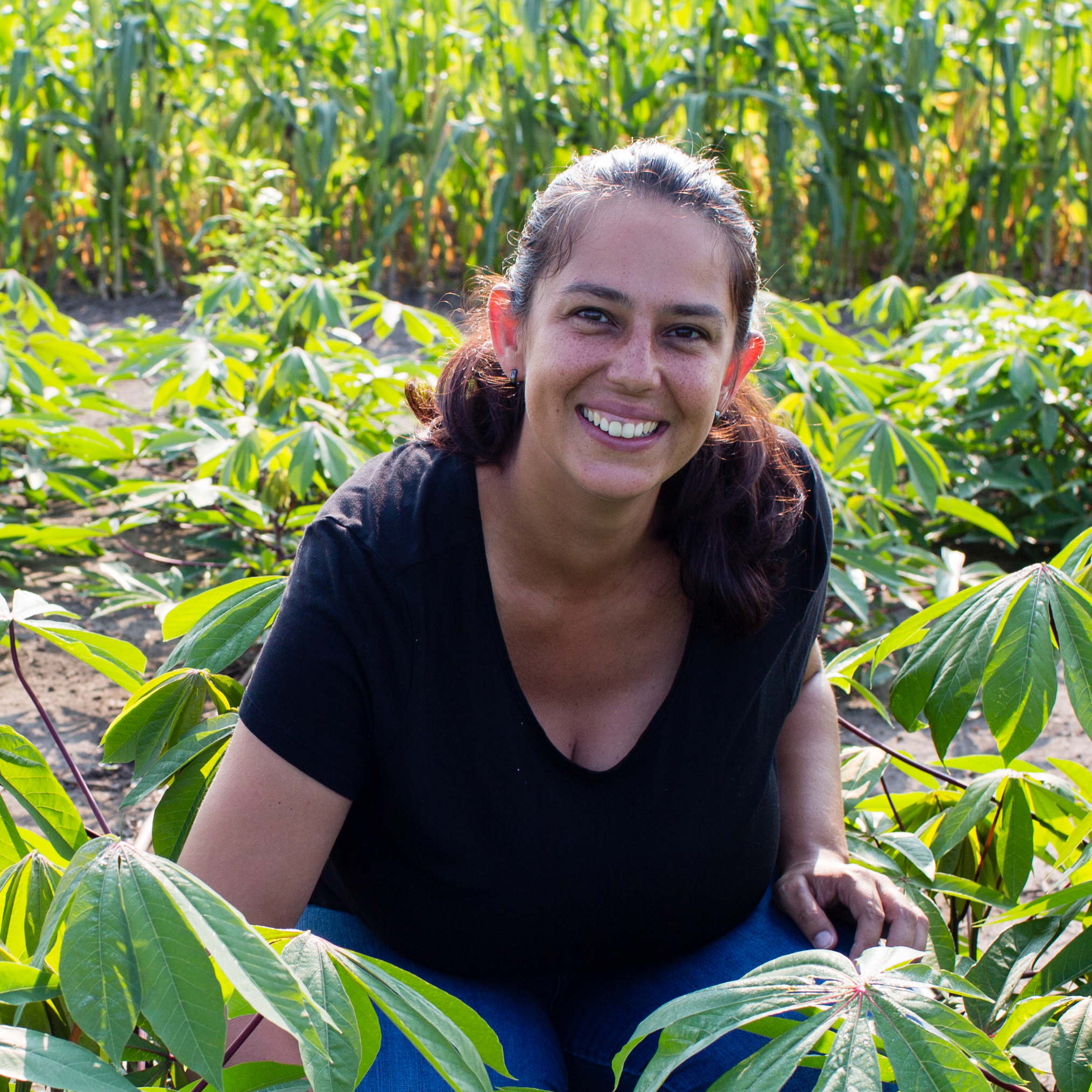 Amanda De Souza is a research scientist at the University of Illinois and one of the project's first elected ambassadors, who represents the project's Early Career Researchers on the RIPE Executive Committee. She studies photosynthesis, growth, and carbohydrate metabolism in plants, particularly in African cultivars of cassava. Previously, she led the RIPE project's efforts to transform cassava, which is the process of adding beneficial genes to increase yield. Today, she oversees phenotyping to understand how the project's genetic improvements are functioning in a variety of crops, including cassava, maize, and soybean. Amanda earned her bachelor’s degree in biology from the Methodist University of Sao Paulo, Brazil, and her master’s degree in plant physiology and biochemistry from the State University of Campinas, Brazil. She holds a doctorate in plant physiology and biochemistry from the University of Sao Paulo. Her work has been published in several notable journals, including New Phytologist, Plant Physiology, Global Change Biology Bioenergy, and the Journal Experimental Botany. She is an assistant book editor and has served as a contributing author to a report from the International Panel of Climate Change. Previously, she was a project manager of the National Institute of Science and Technology of Bioethanol.