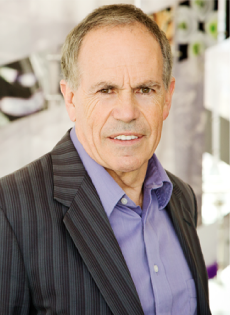 RIPE Director Steve Long is the Ikenberry Endowed Chair of Plant Biology and Crop Sciences at the University of Illinois. He is also a Distinguished Professor of Crop Sciences at Lancaster University in the United Kingdom. Steve's research has increased our understanding of how global climate change is affecting plants and is helping to inform approaches to increase crop yields by improving the efficiency of photosynthesis. His expertise ranges from plant molecular biology to in silico crop design and field analyses of the impacts of atmospheric change on crops. Steve is also the director of Renewable Oil Generated with Ultra-productive Energycane (ROGUE) and Transportation Energy Resource from Renewable Agriculture—Mobile Energy-Crop Phenotyping Platform (TERRA-MEPP) as well as co-director of Water Efficient Sorghum Technologies (WEST). He served as deputy director of the BP-funded Energy Biosciences Institute (EBI) until 2012.

Steve was named a Fellow of the Royal Society of London in 2013, and has been recognized by Thomson Reuters as a highly cited researcher in the field of plant and animal science every year since 2005. His work is published in more than 300 peer-reviewed journals, including Nature and Science. He has been recognized by many awards including the Marsh Award for Climate Change Research from the British Ecological Society and the Kettering Award from the American Society of Plant Biologists. He has given briefings on food security and bioenergy to the U.S. president, the Vatican, and to Bill Gates. He earned his bachelor’s in agriculture from Reading University and his doctorate in plant sciences from Leeds University.